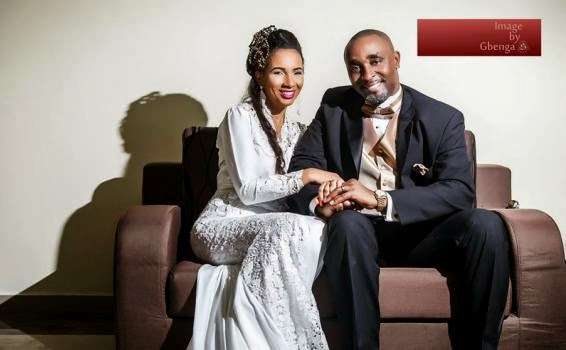 The pair tied the knot at an elaborate ceremony in December 2014.

In the post, she also opened up for the first time about undergoing surgeries to remove lumps from her breast, her pending court case over the death of Suraj Giwa. The latter died after Fiberesima’s car collided with his car along the Lekki-Epe Expressway in Lagos in February 2006.

She wrote, “If I told you that I think of you everyday would you believe me? Yes You. All of you who have refused to leave my side even as the devil got restless with the storm in life. You who have shown how thick blood can be by being truly supportive FAMILY. Be it nuclear or extended.

“The last year in particular has severally presented survival as a questionable option. Giving me struggles that seemed impossible to deal with, fading my strength to keep going by the minute feeding my fears and insecurities with worries that come to steal joy.

“From the shock of a three- time presence of lumps in the breast to surgeries fighting for my life and the pain of a dissolution of a bond I hoped to keep with a life time partner and the re-emergence of singleness.

“From the tension of awaiting a judge’s pronouncement to the horror of walking into prison over a cross accidentally acquired and carried for so long.

“Tell me how could I have survived the year without you guys? I think about it every day and everyday my love for God and good hearted men rise but today the 13th of January it hits it’s peak and my joy officially knows no bounds as God has kept me alive despite all and led me.”

One of Nollywood’s most controversial actresses, Fiberisima has been in the eye of the storm for a decade following the death of a prominent doctor in Lagos.

In March 2016, the embattled actress filed an appeal challenging the judgment of a Lagos State High Court, that sentenced her to five years imprisonment over the death of Mr. Suraj.

The appeal was dismissed by the Court of Appeal in Lagos.

The following month, the Court of Appeal, sitting in Lagos, granted her a N2 million bail pending the determination of her appeal at the Supreme Court over five-year imprisonment slammed on her for manslaughter.