The Federal Bureau of Investigation (FBI) of the United States has said that 80 mostly Nigerians have been charged for online fraud and money laundering.

Nick Hanna, US attorney, in a press briefing on Thursday said that the fraud cases involved suspects colluding with federal and state agents to dupe unsuspecting victims of their money.

He said, “FBI agents along with federal and state law enforcement authorities arrested a total of 14 defendants in the US, all named in a sweeping fraud and money laundering case.

“Those arrested today are among 80 defendants charged in a federal grand jury indictment that alleges that millions of dollars were taken from victims through a variety of scams and online frauds.

“We believe this is one of the largest cases of its kind in US history. BEC scam is used to hack email accounts to convince businesses or individuals to make payments that are either completely bogus or that should have been otherwise paid to legitimate companies.

“Indictments showed very specific allegations against this suspects many of whom are based in Nigeria in terms of stealing money from victims. The indictment also focuses on those responsible for enabling these fraud schemes including operatives in Los Angeles.”

Hanna continued that a total of 252 count charges ranging from “conspiracy to defraud, conspiracy to commit money laundering, aggravated identity theft” have been filed. 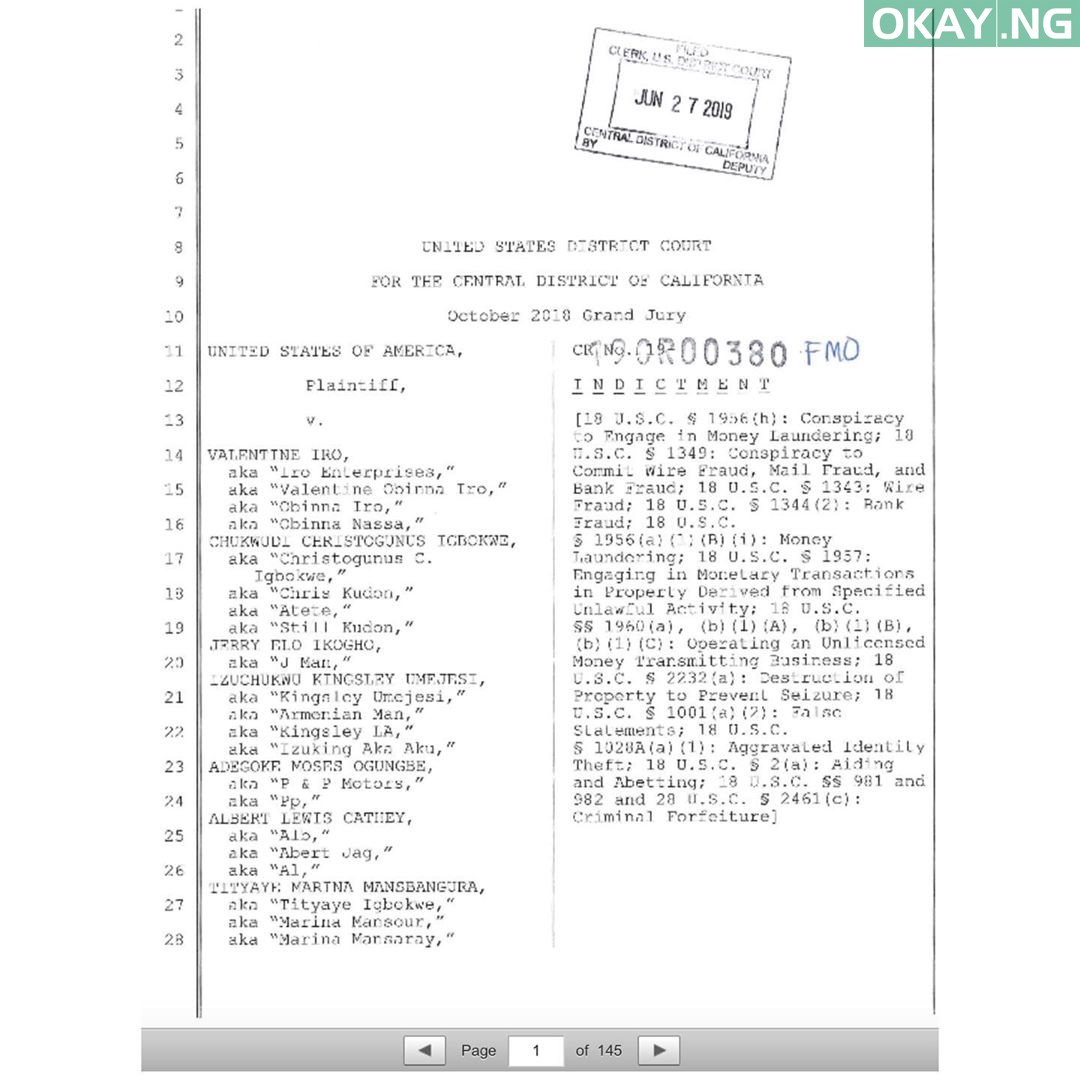 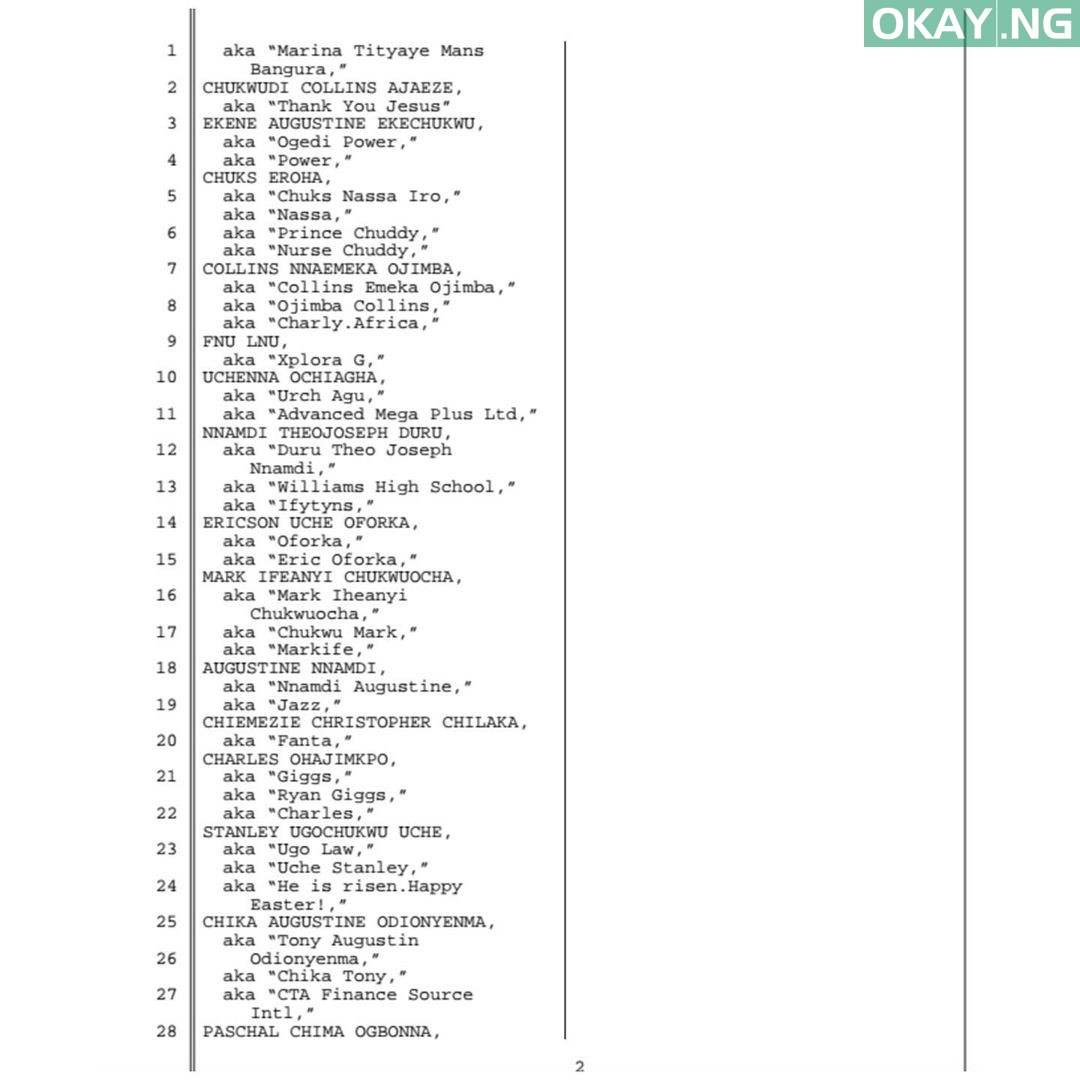 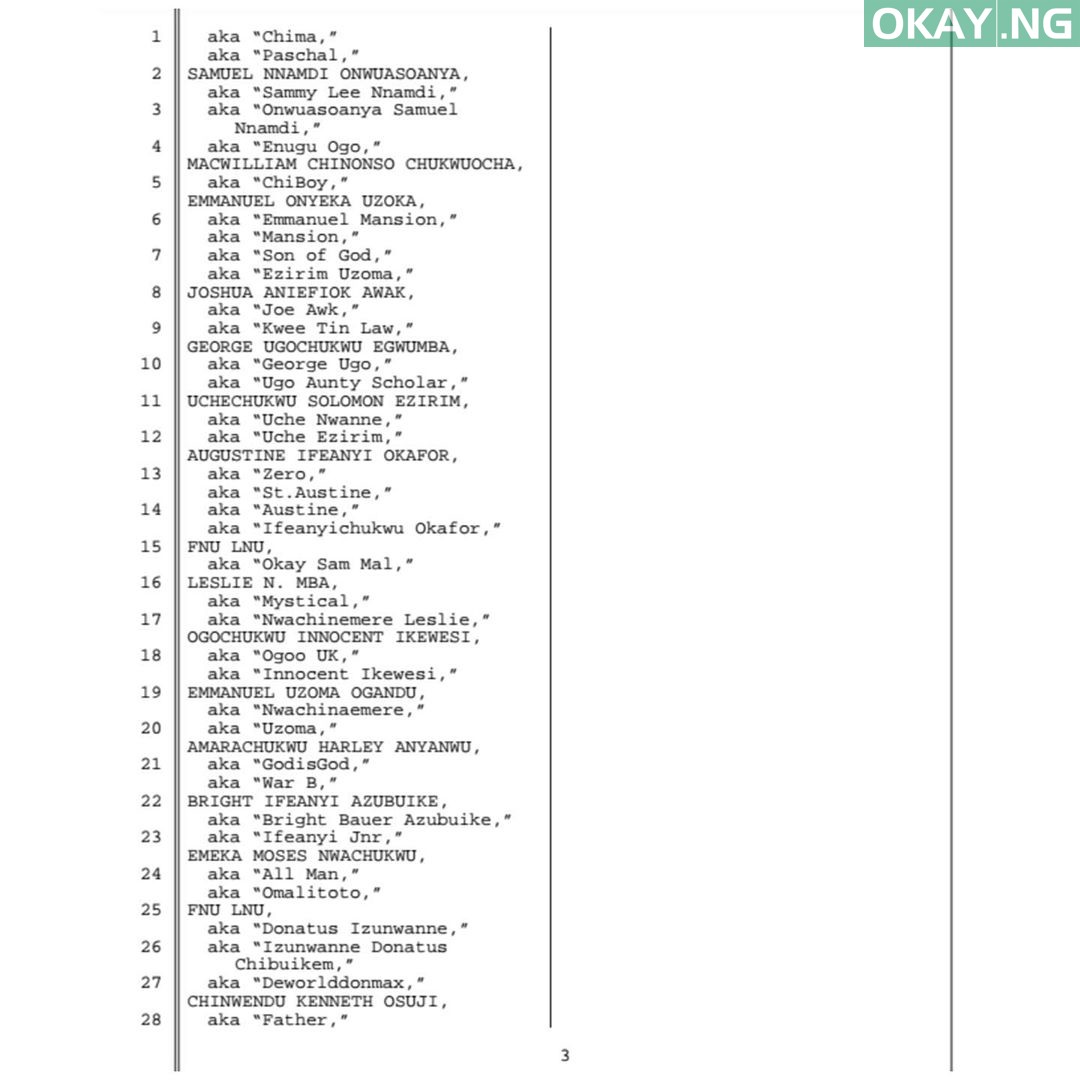 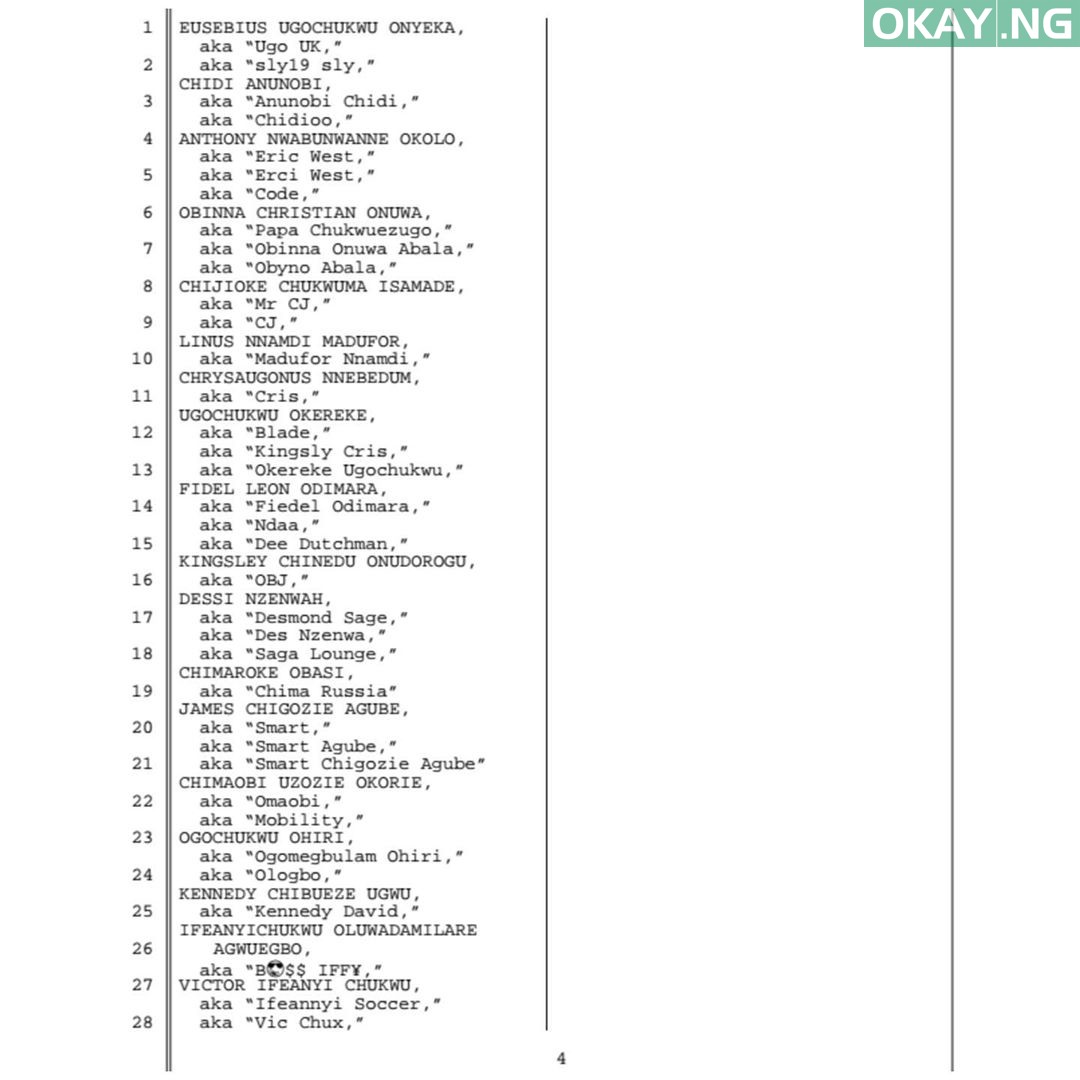 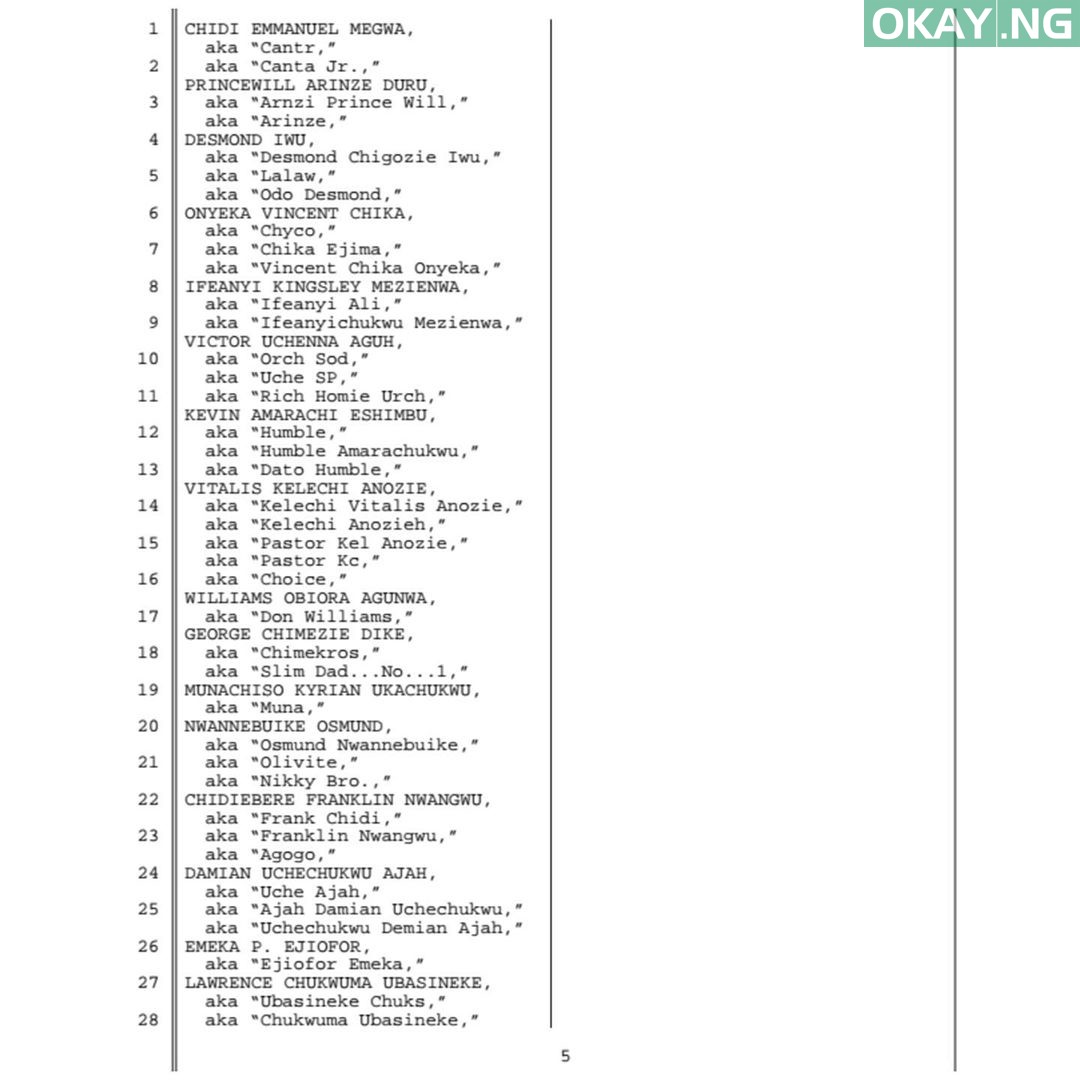 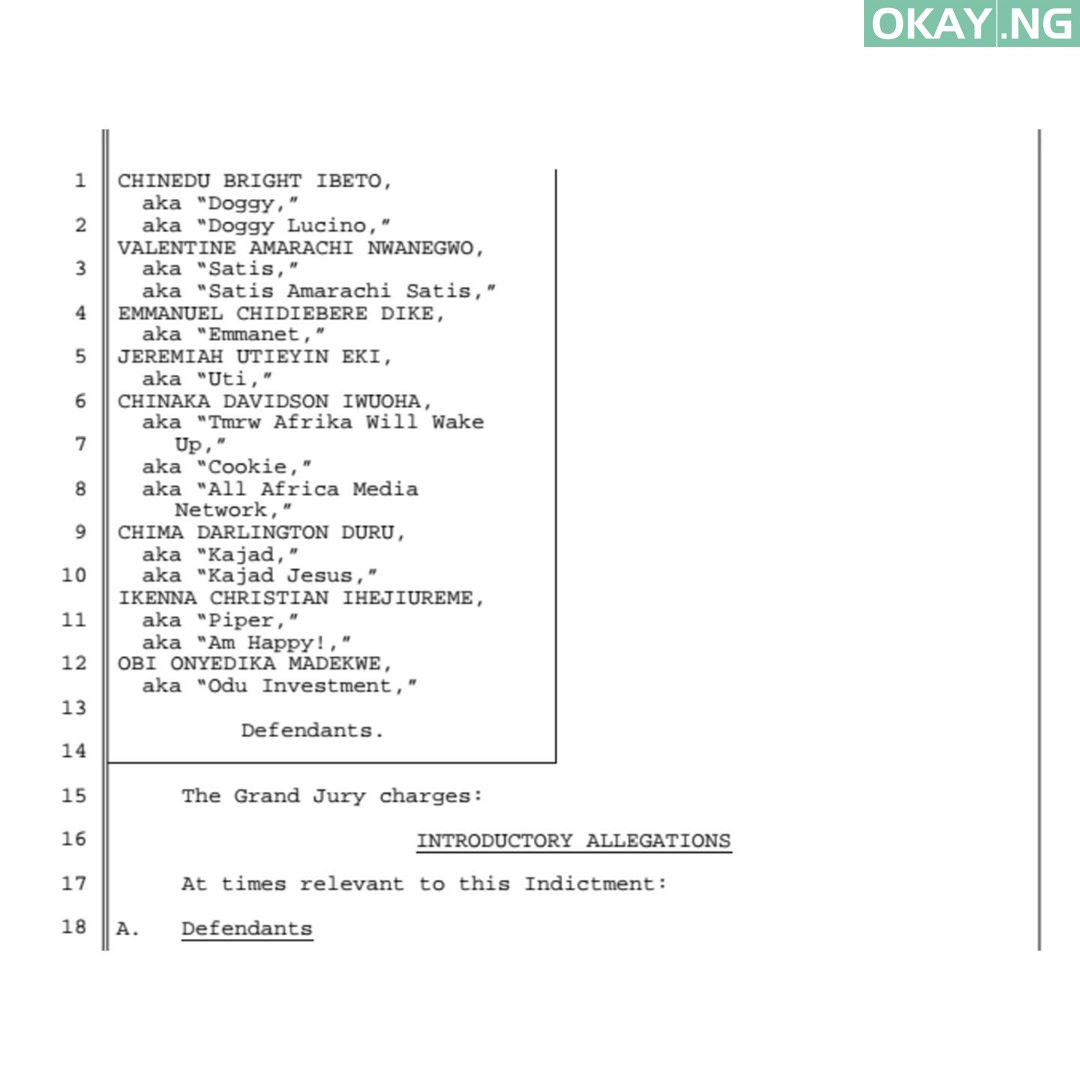