The British government announced on Sunday that it would launch a new one pound coin at the end of March and scrap the current one pound coin by October. 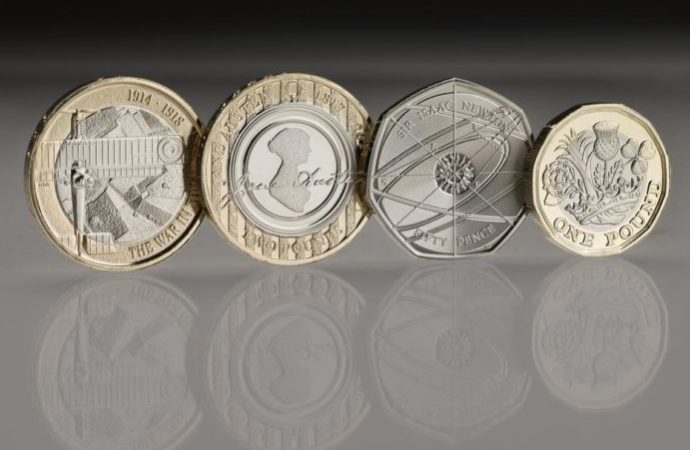 An announcement from the British Treasury said that the new 12-sided one pound coin would become legal tender on March 28 and the new coin would be produced by the Royal Mint in Wales.

A total of 1.5 billion of the coins will be issued in the first minting.

The new coin has been introduced to deter sophisticated counterfeiters who can now replicate the current coin, which has been in circulation for 30 years.

The new one pound has a distinctive 12-sided shape, recognisable even by touch and it is made of two metals, the outer ring is gold-colored (nickel-brass) and the inner ring is silver-colored (nickel-plated alloy).

And if the coin is tilted it shows a latent image, like a hologram, which changes from a pound sign to the number one.

The coin will also feature the fifth coinage portrait of Queen Elizabeth II, the world’s longest-serving monarch who began her reign in 1952.