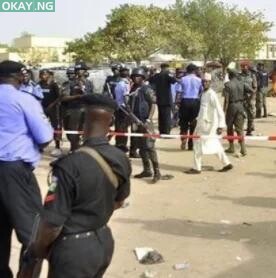 The people of the Bosso Local Government Area of Adamawa state have been thrown into grief and fear over the murder of Alhaji Ahmodu Muhammed.

The Chieftain was said to have been murdered on Thursday, 24th December by the bandits, as if that is not enough, they whisked his daughters to an unknown destination.

An eyewitness revealed that the bandits numbering 15 stormed the community fully armed and started shooting to scare residents.

Sources had it that, the armed men have attacked some traders at the popular Beji market before heading to Ahmodu’s house in Bosso. They’re also said to have visited two other PDP chieftains before him.

A close relative of the deceased has said that Alhaji Ahmodu has been attacked two times by the bandits and it was on the third attack that he was killed.

“This is the third time that the bandits are attacking the man. They have been coming before but they couldn’t succeed because the man is very powerful. He was shot several times before he eventually died,” said the relative

The state’s police command is yet to release a statement about the incident as of the time we’re compiling this report.