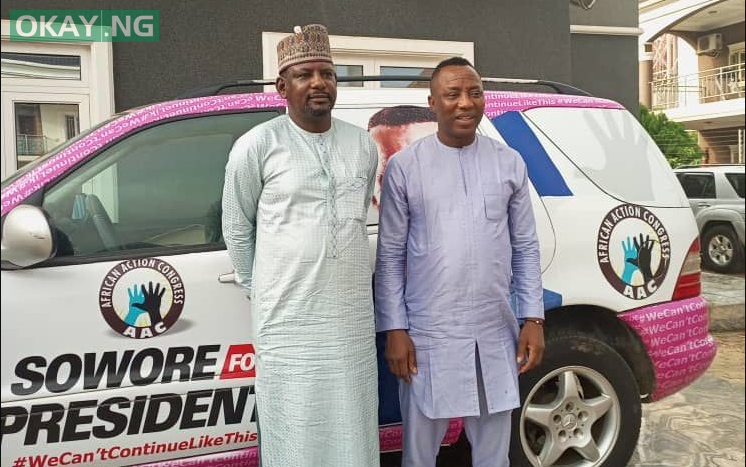 Omoyele Sowore, the presidential candidate of the African Action Congress (AAC), has announced Haruna Garba Magashi, as his running mate in the 2023 general elections, Okay.ng reports.

Sowore made this announcement at a media briefing in Abuja.

According to him, Magashi was picked because of his ability to deliver Kano State for the party in the election.

He said expressed confidence that AAC would upstage the All Progressives Congress (APC) and Peoples Democratic Party (PDP) in Kano next year.

“We hope to defeat APC (All Progressives Congress) over there because the governor has messed up; we know that we will defeat PDP (Peoples Democratic Party), that’s the party that’s in crisis as we speak,“ Sowore said.

“We don’t need to talk about the Labour Party in Kano because the party doesn’t exist.

“We know that we will defeat Alhaji Kwankwaso and his party, the NNPP (New Nigeria Peoples Party) in Kano because we have got someone who is from there.”