There was a drama that played out, on Tuesday, in Abuja, when embattled Senator Dino Melaye jumped out of the vehicle conveying him to Kogi State ostensibly to face trial, he has since been located and found critically injured in the process.

Dino Melaye tried to evade being taken to Kogi when he jumped out of the vehicle conveying him to his state for prosecution and injuring himself in the process.

He was later on Tuesday taken to Zanklin Hospital in the nation’s capital with a neck protection and on a stretcher. 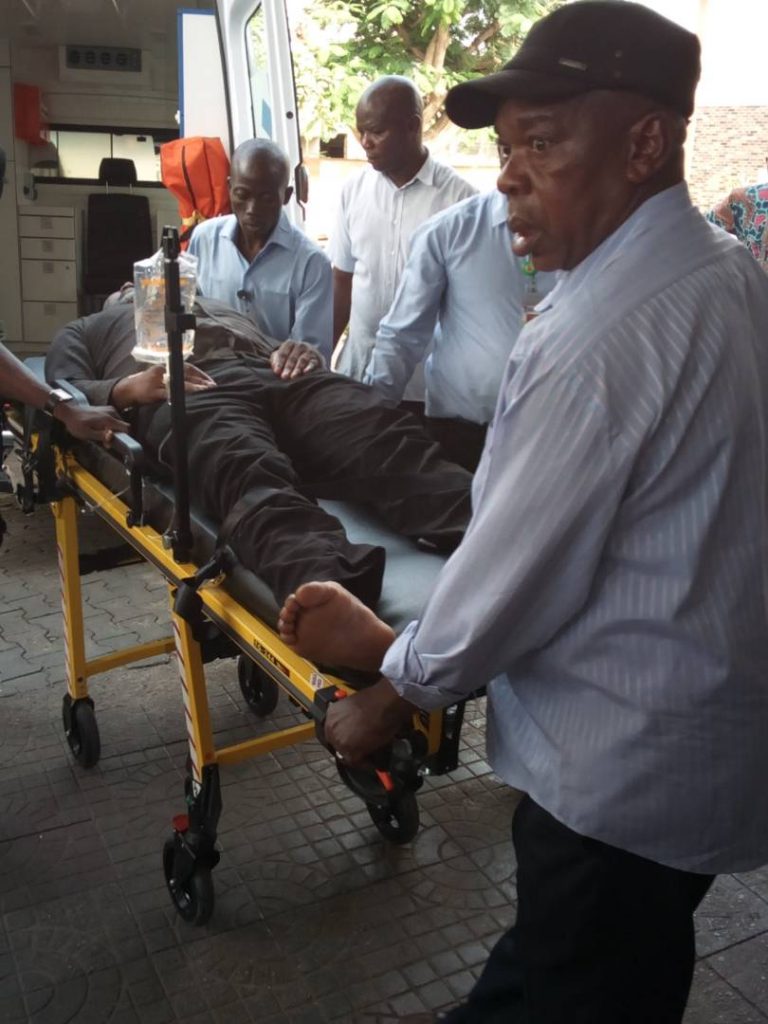 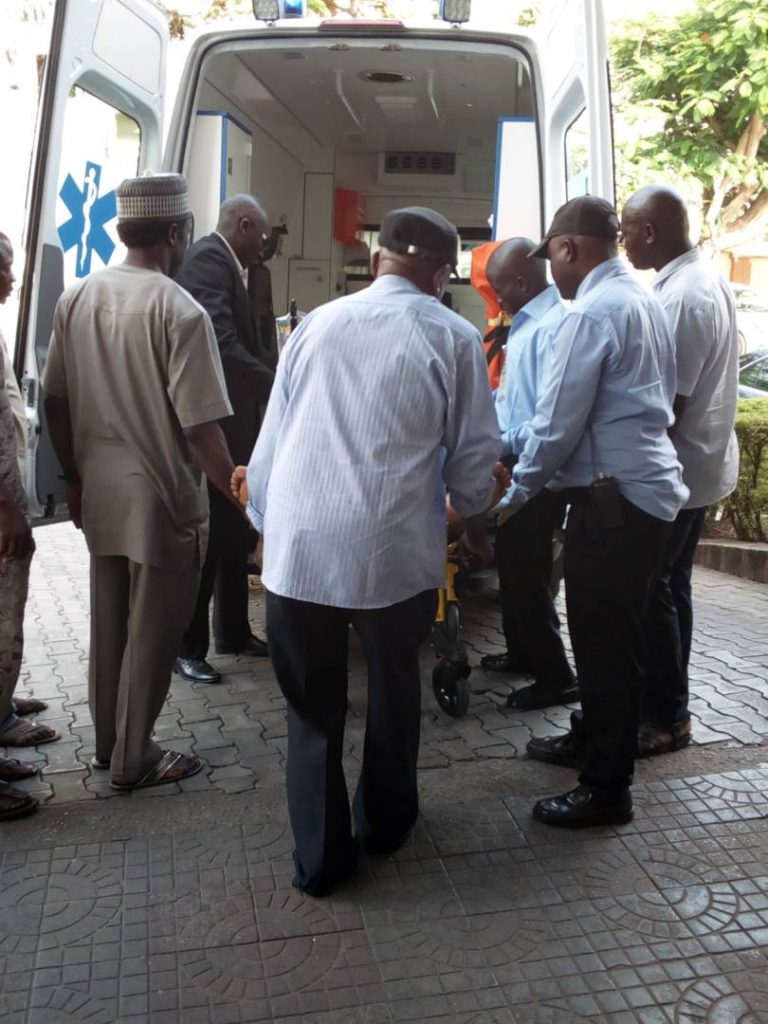