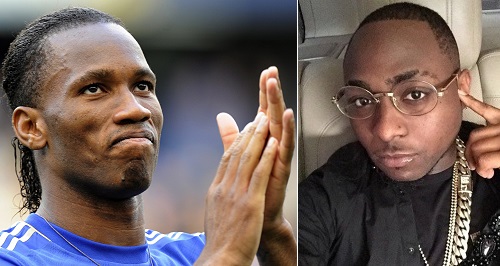 Over the weekend, the report of Nigerian singer, Davido‘s generous gesture towards his young fan, Utibe, went viral after the male music sensation shared a photo of the house he is building for the lucky lad and his mother.

Chelsea legend Didier Drogba was moved by the singer’s kind gesture that he had to take to his social media to laud the singer.

Utibe is the lad who won Davido’ s heart after he was featured singing the musician’ s hit song , ‘ If . ’ – Utibe had been out of school and only passed the time miming songs until a concerned neighbour picked interest on the boy, and uploaded a video of him lip- syncing to the musician’ s song on Instagram. 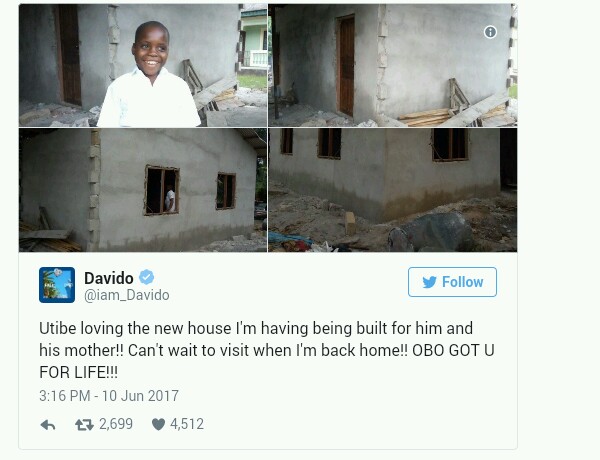