A clash between Hausa and Yoruba traders on Sunday caused a serious lockdown along Lagos-Abeokuta Expressway.

Okay.ng learnt that four persons were injured in the incident and are receiving medical attention.

DSP Bala Elkana, spokesman of Lagos Police command, disclosed that one person related to the incident has been arrested.

One Adekunle Habib, a trader, at Ilepo market reported at Oke Ode Police Station that there was a misunderstanding between one Hausa scavenger and an Area Boy from Yoruba ethnic group and what started as a fight between two miscreants almost snowballed into ethnic crises, if not for the timely intervention of the Police.

The situation was brought under control and traffic cleared. 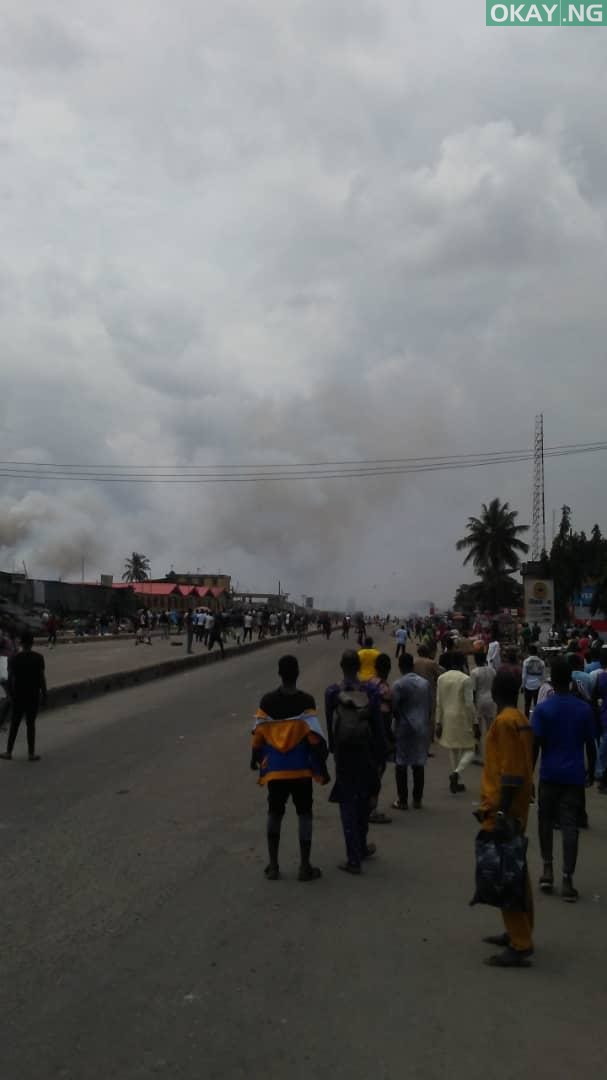