Forty-eight senators have signed an agreement to forestall any impeachment process against Senate President, Bukola Saraki and his Deputy, Ike Ekweremadu.

This is coming after the siege at the National Assembly on Tuesday morning.

In the list, the Senators said they will resist any illegal change of leadership of the Senate.

It was observed that most of the lawmakers who signed are members elected on the platform of the People’s Democratic Party (PDP). 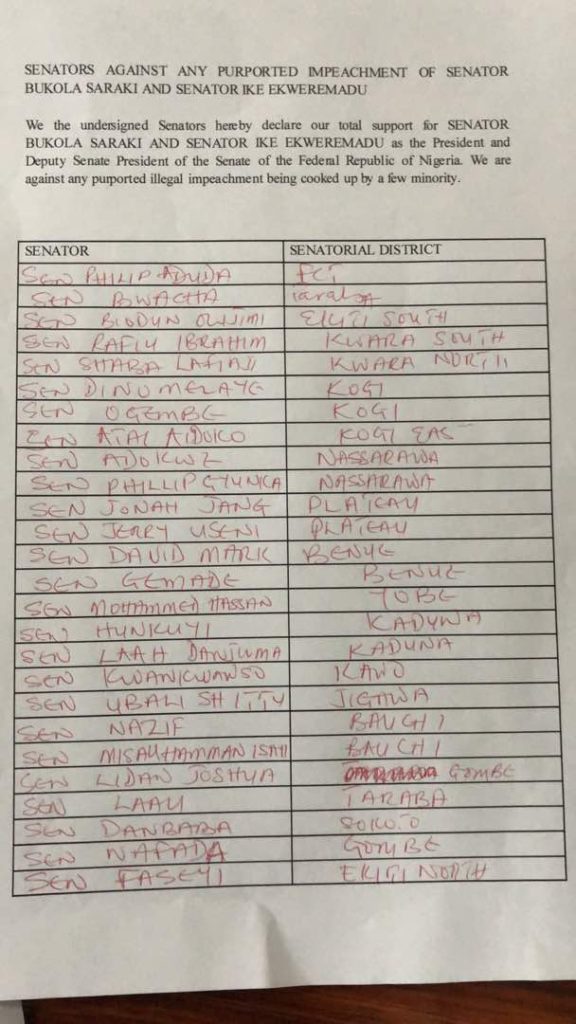 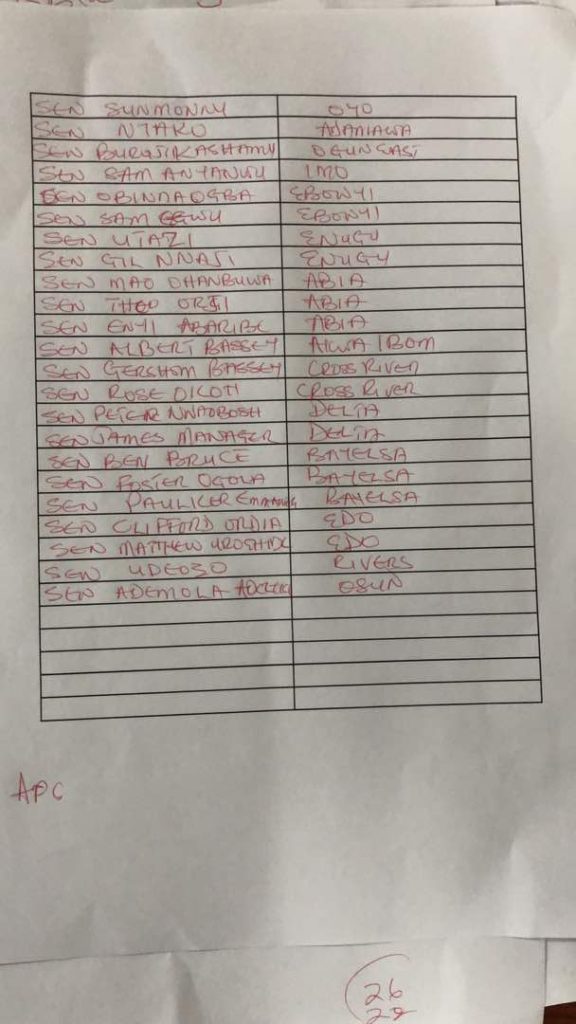