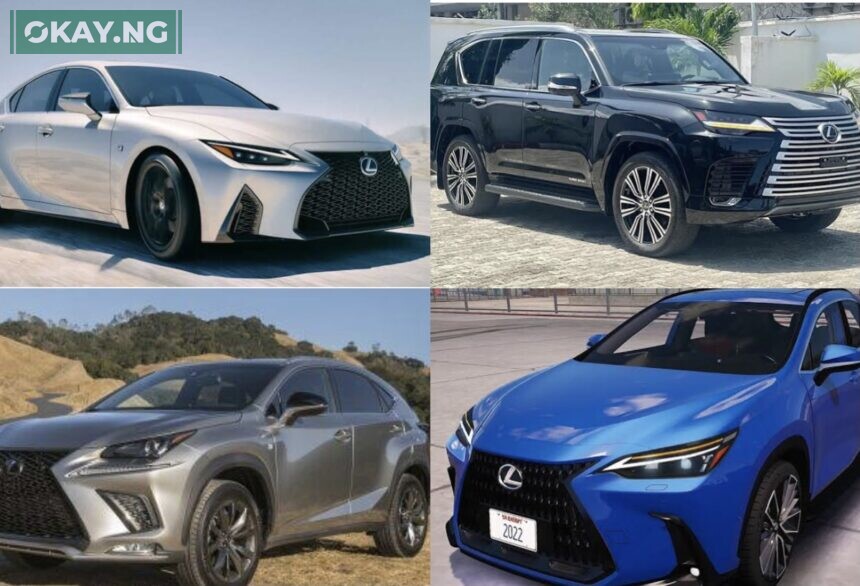 Okay.ng understands that the corps made this known in a statement signed by Public Education Officer, Assistant Corps Marshal, Bisi Kazeem, on Friday, in Abuja.

According to the statement, the categories of the listed vehicles are recalled by Company over a faulty programming of the Lane Keeping Assist (LKA) System.

The statement reads, “The Federal Road Safety Corps wishes to draw the attention of the motoring public, particularly those who are presently using Lexus NX260, Lexus NX3650h and Lexus NX400h+ manufactured between 31 March, 2021 to 26 April, 2022, to a faulty programming of the Lane Keeping Assist (LKA) System, which has prompted the Company to recall the categories of the listed vehicles.

“According to the report contained in a memo forwarded by the Office of the Secretary to the Government of the Federation, the company is also recalling 6,491 Lexus NX260 with defective electric parking brake (EPB) system which was manufactured between 19 April, 2021 and 15 July, 2022.

“The withdrawal is specifically premised on the fact that the vehicles will pose safety hazard to their users, thereby leading to crashes.

“The Acting Corps Marshal, Dauda Ali Biu, is by this notice, admonishing the general public, particularly dealers and riders of these categories of vehicles, to desist from selling or using the identified motorcycles on Nigerian roads to avoid any mishap.”