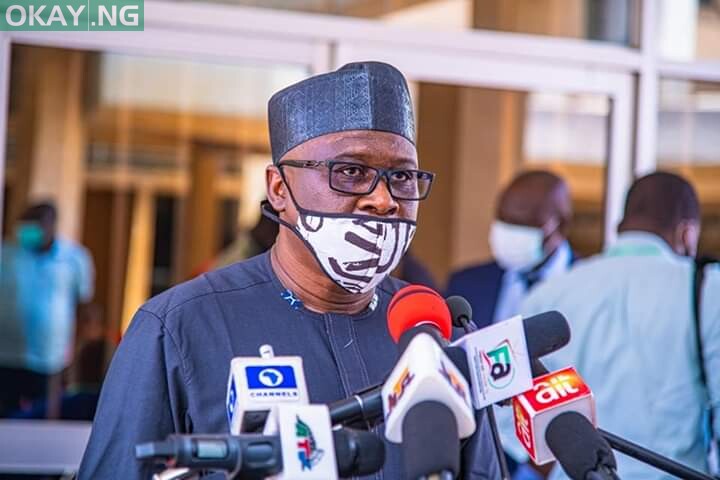 Gov. Ahmadu Fintiri of Adamawa has imposed a 24-hour curfew throughout the state, citing a breakdown of law and order in Yola, the capital.

Fintiri declared the curfew in a special broadcast on Sunday, warning that the government will not fold its hands and allow some few elements to destabilise the relative peace enjoyed in the state.

He said: “Fellow citizens, we cannot allow hoodlums and misguided elements to operate unchallenged when we are already battling with the challenges of insurgency, kidnapping, cattle rustling, banditry and farmer/herders’ clashes.

“In view of the above, I have declared and imposed an indefinite curfew throughout the State, beginning from 3 o’clock Sunday, 25th of October, 2020.”
He warned that the movement of vehicles, except those authorized, is prohibited during the curfew.

He said the security development followed the activities of some misguided elements who have broken into warehouses owned by the State Government and carted away COVID-19 palliatives.

The governor commended the youths in the state for not allowing themselves to be misled into doing anything untoward since the ENDSARS protest began in some parts of the Country.

He said while the government respects the rights of the citizens to seek redress, it notes that there are civilized and responsible ways of channeling genuine grievances.

“For the avoidance of doubt, the Government has, through the State Emergency Management Agency (ADSEMA), distributed palliatives through the 260 wards of the State during the outbreak of the COVID-19 pandemic, to cushion the effects of the first and second lockdowns declared in the State.

“Two weeks into the first lockdown, with an end to the pandemic not in sight, I directed that more foodstuffs be released to the people and distributed to the 21 Local Government Areas.

“Considering the hardship experienced by workers, especially those at the lower cadre, I directed a third round of distribution of food items to all workers from Grade Levels 1 to 6,” Fintiri said.