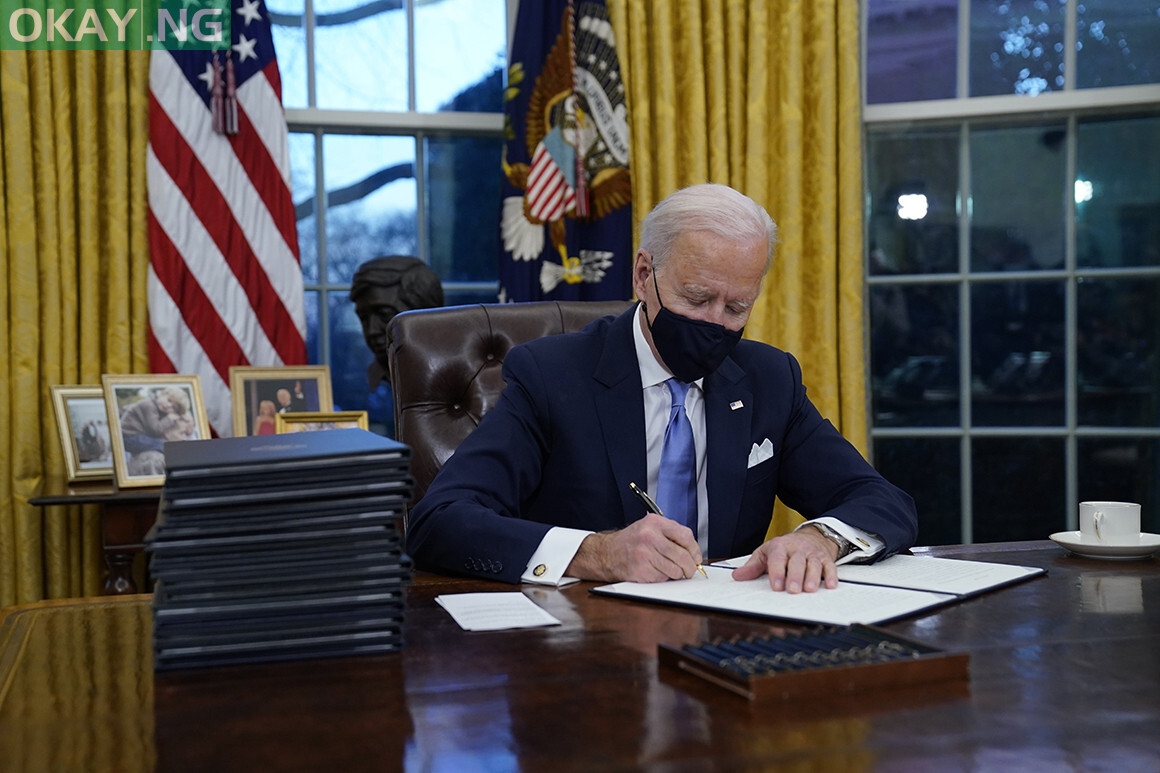 US President Joe Biden signed a series of executive orders to launch his administration Wednesday, including a decision to rejoin the Paris climate accord and a mask mandate for all federal buildings.

The orders included keeping the United States in the World Health Organization, ending the ban on entries from mostly Muslim-majority countries, bolstering environmental protections and strengthening the fight against Covid-19.

Also among the directives was a halt to construction of the wall on the US-Mexico border, and efforts to expand diversity and equality for minority groups in the federal government.

The orders were aimed at reversing decisions by his predecessor Donald Trump and setting a clear policy path for Biden’s new administration, just hours after he was sworn in as president.

“We are going to combat climate change in a way we have not done so far,” Biden said of returning to the Paris agreement, a treaty signed by most nations in 2016 to limit global warming.

He said his actions on the Covid-19 pandemic, which has claimed 400,000 American lives, would help change the course of the crisis.

His return to the Paris Agreement, which the United States joined Barack Obama was president and Biden vice president, was lauded by other leaders.

UN Secretary-General Antonio Guterres also welcomed the move, saying it was a large step for the leading producers of global carbon pollution.

“But there is a very long way to go,” he said in a statement.

“We look forward to the leadership of United States in accelerating global efforts towards net zero” emissions, he said, calling for “ambitious” new targets for 2030 and expanded climate finance.

Biden’s climate czar John Kerry hailed the move as a boon for “America’s credibility and commitment — setting a floor, not a ceiling, for our climate leadership.”