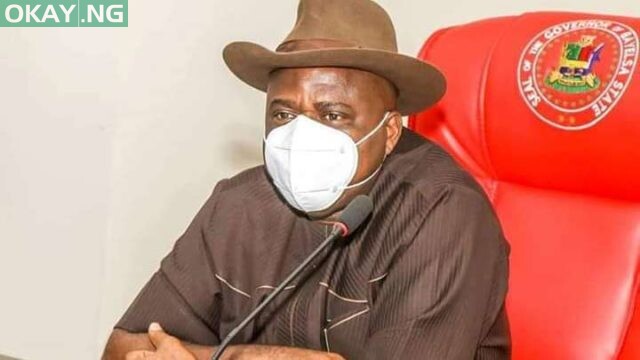 The Bayelsa State Government has directed public and private tertiary, secondary and primary schools across the state to resume academic activities in line with laid down safety protocols starting from Monday, October 5th, 2020.

This was announced following a meeting on Monday with the governor of the state, Douye Diri in Government House, Yenagoa.

The Commissioner for Information, Orientation and Strategy, Ayibaina Duba, speaking to newsmen said primary and secondary schools would resume for their third term contrary to the usual academic calendar before the COVID-19 outbreak.

Duba added that the government came to this decision because resuming for the third term would redeem the time lost by the students as a result of the pandemic which necessitated the closure of schools since March this year.

He said: “The third term and session would terminate on December 18, 2020, and a new academic session would commence in January 2021.

“Government has also directed the committee to close down private schools operating below government-approved standards. This directive is strictly to protect students from learning under unhygienic environment, where they might be exposed to COVID-19 and other infections.

“What we have done is to ensure that the lost time is regained. Therefore, the government of Bayelsa state, under the leadership of senator Douye Diri, has decided with all the critical stakeholders that all schools, both public and private and all tertiary institutions, should resume for classes from the 5th of October, 2020.

“It has also come to the notice of government that many private schools are not up to standard and the governor directed the ministry of education to shut down such schools.”

The Commissioner for Education, Gentle Emelah, also noted that before the directive was issued, students in terminal classes in both primary and secondary schools had resumed for classes under careful supervision and compliance to the COVID-19 protocols.

Emelah emphasised that his office had engaged the association of private schools in the state and stressed that the Governor Diri administration would not condone schools operating without observing the COVID-19 safety protocols.

On his part, the Commissioner for Health, Dr Pabara Igwele, expressed the optimism that with the measures taken by Governor Diri, all government schools were safe to admit students back to classes.

Dr Egwele said his ministry had embarked on training for teachers to easily identify early signs of COVID-19 in students for necessary action and to safeguard the health of the students and teachers.