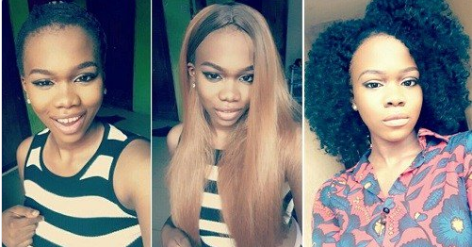 A Nigerian sex blogger, Oluchi Anne ,who is known for her controversial topics has taken to her social media page to address the issue of abortion.

The sex blogger who has in the past voted for sex before marriage and at one point slammed virgins noted that Abortion is not a sin but Africans have branded it so.

She further noted that she does not believe babies are blessings.

In her post titled “Abortion is not a sin,” she wrote:

“Don’t ask me for advice on what to do with your unwanted pregnancy because I will tell you to go for a D&C. You see, I am not going to be amongst the women who tell you to keep a baby you are not psychologically or emotionally prepared for.

I do not believe the whole hogwash story that once the baby is born, he will end up being a blessing. Neither do I believe in the bullshit theory that once you hold the baby in your hands, you will be enveloped with so much love.

African people has made it a point of duty to tell anyone seeking help for their unwanted pregnancies that, they should keep the baby. Why? Because they assume abortion is a sin

Until people start allowing others make choices that are better for them, we will continue to hear stories of women who abadoned their babies in cartons and single mothers lying about having children just to get married.

See, those women who dump their children should not be called wicked because someone directly or indirectly advised them to keep a pregnancy they Didn’t want.

Once they had the baby, the people who gave them such stupid advise left to live their lives and reality hit them. I can assume that once they held the baby in their hands, they didn’t feel that love people spoke off and all they felt was regret and disdain.

Every unborn child deserves a mother who is psychologically ready for him/her. It is unfair to the unborn child to say abortion is a sin. Not every woman deserves to be mother so stop forcing it on every woman you see.”

Just so you know, my breasts didn’t start growing at the time I had anticipated. When I was in primary 5, my chest region was as flat as a new-born. There were no signs my breasts were going to grow. I didn’t even have a large nipple. Most of the girls in my class had well-rounded tits sitting comfortably on their chest.

To make matters worse, there was a fat boy in my class who had breasts (probably because of his weight). I didn’t like him one bit as he had something I wasn’t able to have yet. I desperately wanted breasts as I believed having them would initiate me into a certain kind of womanhood cult every girl ought to belong to.

I decided to take matters into my hands so I asked for help from the expert. Toyosi was the girl with the biggest boobs in my class back then so I asked her how I was supposed to grow some and she gave me the ultimate breast enlarging solution.

She told me to apply palm oil on my nipples and find a black ant to bite me on the spot where I applied the palm oil. She explained the swelling will make them grow out and assured me of the efficacy of the remedy as she had gotten it from her mother. I couldn’t get the black ant I caught to bite me on my nipples. For whatsoever reason, the ant didn’t find me good enough to be bitten.

By the time I entered Jss2, I still had no breasts and my period had not even started. I gave up on my breasts dream and figured I would be the first woman without breasts and periods.

I had already accepted my fate and took my mind off the possibility that I would be a well-endowed busty girl. Just when I had given up hope, my breasts started coming out. The whole situation reaffirmed the fact that most times, we get that thing we desperately want when we stop obsessing over it.

My breasts came out but they didn’t come out the way I anticipated. They were small and pointed downwards. I grew up seeing women who had well-rounded breasts that pointed forward so I imagined that was how it would be for me.

Someone close to me says I have banana breasts. My “boobs” are saggy and small. They do not stand but point downwards. I hated my body for a long while and I wasn’t comfortable with my appearance. I kept trying all sorts of breasts enlarging and firming creams that just didn’t work.

I did all I was told to do till I realized that nothing is going to change because this is just how I am. Every woman is different and our body parts come in different shapes and sizes. Just like some men have small p*nis and others have fairly big ones so do some women have different breasts sizes and shape.

This is not a cry for help. I do not need your home remedies for sagging breasts. Neither do I need your breasts enlargement cream or your recommendation of the perfect surgeon. My sagging boob isn’t as a result of the number of men I have slept with.

It also has nothing to do with the number of abortions I may or may not have had. Science is yet to prove the relationship between sagging breasts, abortions and sex. Till science does, I am right to say my sagging boob is a natural phenomenon.

I am comfortable with my body and there’s no shame in admitting how my body shape is. Self-love is very hard especially when we are being surrounded with altered images and edited content. Self-love is hard because the moment you try to be confident in your own body, you are shamed for it.

I have seen it all on Instagram. I have seen how people insult celebrities that dare display their sagging breasts or “show-off” their huge well-rounded tits. The other day, Laura Ikeji deactivated her comment section because people trolled her sales manager who wore a revealing cloth.

In their words “how can she display her breasts that are not even standing?” Someone went further to say “they have sucked the life out of her breasts”.

Self-love is hard but I am loving myself nonetheless. I am a 20-something year old with sagging boobs. I will wear V-necked shirts, I will take pictures of my body how I like and no, I will not wear bras all the time because my breasts need to breathe!”