Kiss Daniel has now officially responded to the lawsuit filed by his former label G-Worldwide through his lawyers, L & A Legal Consultants.

Recall Kiss Daniel, and his label had a fall out, which saw the former terminating his 7-year-old contract with the label after 4 years.

G-worldwide via a statement is suing their former artiste to court for breach of contract.. they’re accusing him of “taking steps to appoint a new manager, solicit for bookings, and has continued to negotiate and enter performance agreements in respect of the songs from the album New Era, and Evolution which is set to be released soon containing singles such as Yeba, For You, Senorita, Sofa and others, produced under the contract, including using the stage name ‘Kiss Daniel’ without the company’s prior consent and permission.” 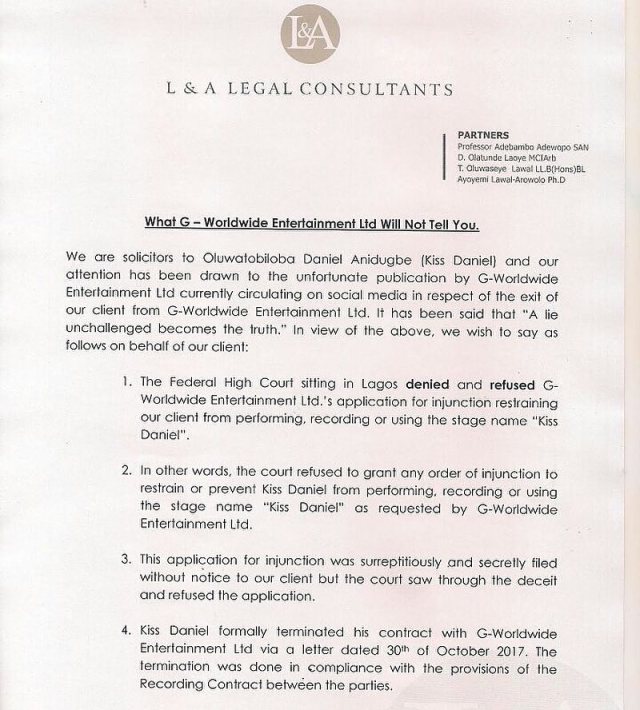 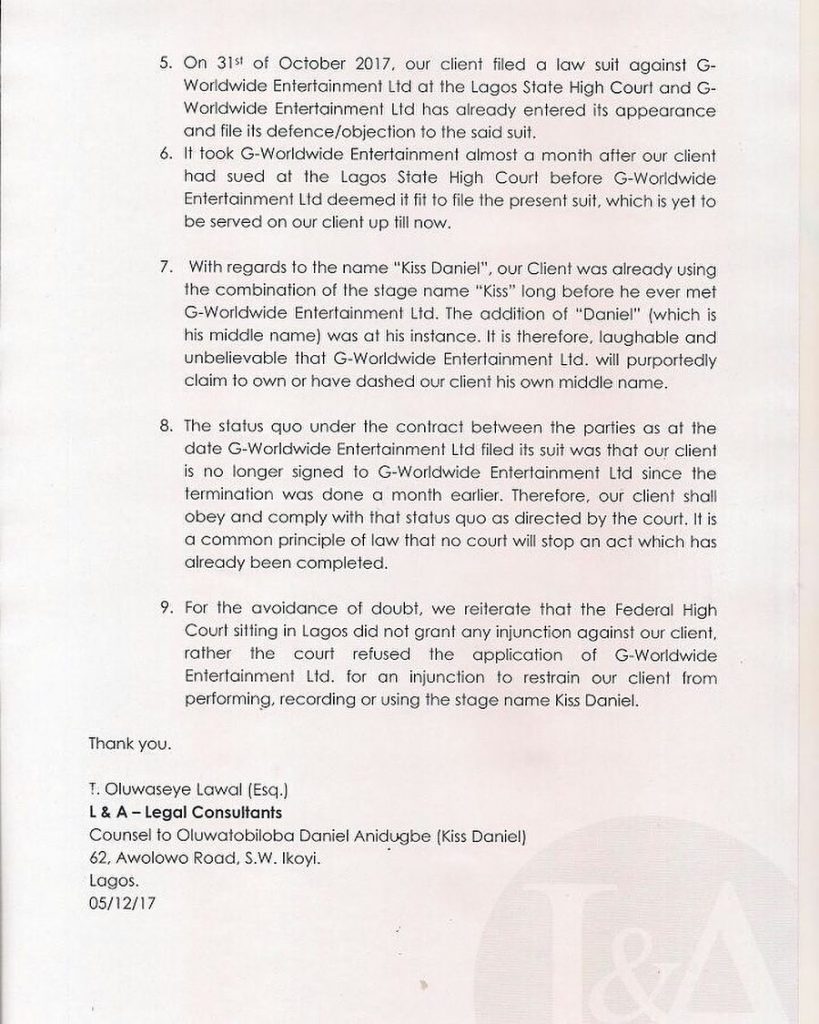