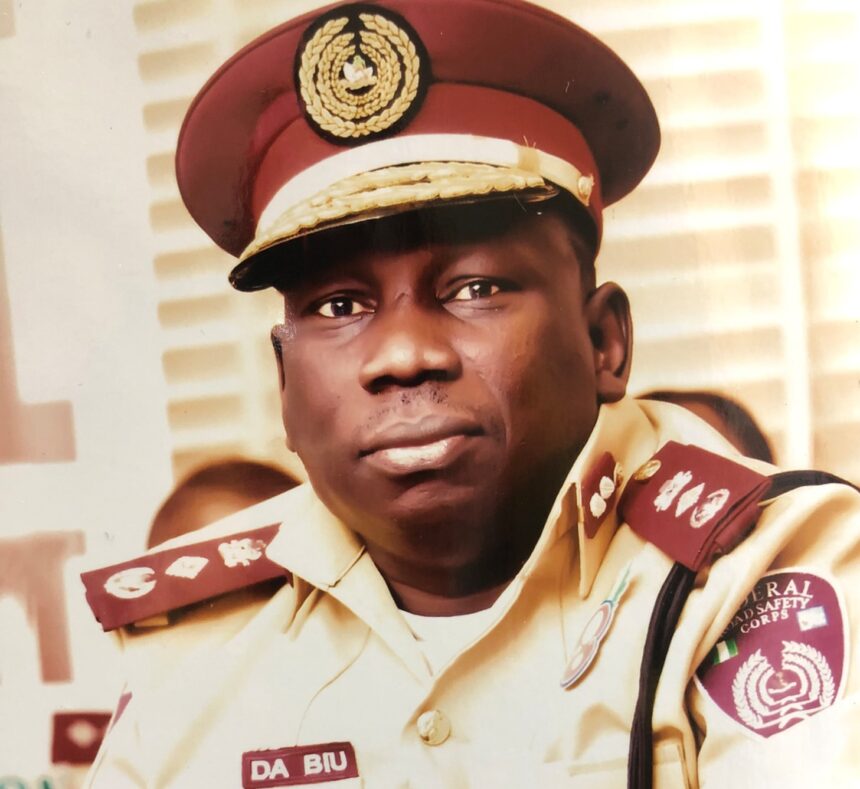 Dr Boboye Oyeyemi, the Former Corps Marshal, FRSC, said this while handing over at the FRSC headquarters on Monday in Abuja.

This is contained in a statement by the Corps Public Education Officer (CPEO) Assistant Corps Marshal (ACM) Bisi Kazeem on Monday in Abuja.

Oyeyemi said that President Buhari appointed Biu as the Ag. CM with effect from July 24 wishing him a successful tenure and he assumed office.

Speaking, Bukhari Bello the board Chairman, Mallam congratulated the appointed Ag. CM urging him to sustain the tempo and ensure the mandates of the Corps was acted upon.

Bello said that the Former Corps Marshal, Oyeyemi laid a good foundation and legacy urging the appointed Ag. CM to carry out the vision effectively.

The Ag. Corps Marshal appreciated the management of FRSC and the Presidency for the appointment pledging his diligence and zeal in carrying out the FRSC mandate effectively.

Biu promised not to let the system down adding that he would strived that mandate of FRSC was pursued vigorously inline with the objective.

Biu until his appointment on Sunday July 24, the Ag. Corps Marshal was the Deputy Corps Marshal, DCM Finance and Account at the FRSC headquarters.

He joined the FRSC precisely in 1988 and has had a fruitful career working across several formations.

He holds a Masters in Business Administration (MBA) from Ahmadu Bello University and was the Assistant Corps Marshal (ACM) Finance and Accounts in 2014 before becoming the DCM in 2016.

Highlights of the event were attendance of important dignitaries, transport sectors, Whole Soyinka, Secretary General to the Federation (SGF) Mustapha Boss among others.

He remains the First Corps Marshal to be pulled out of service and the last founding fathers of the Corps.