The Governor of Rivers State, Nyesom Wike has asked the Federal Government to warn the National Chairman of the All Progressives Congress, Adams Oshiomhole, to seize from making remarks that will destablise the country.

Wike criticised Oshiomhole for saying that “Nobody will be sworn in on Friday as the new governor in Bayelsa state.”

The governor said the APC chairman has no power to make such a statement.

He said, “The Federal Government should warn Oshiomhole to stop making remarks that will destabilise Nigeria.

“What he is doing in Edo State is not proper and he should not bring it to the rest of the Niger Delta.

“Who is Oshiomhole to determine who has spread in a state? Supreme Court has made a ruling. It is unfortunate for Oshiomhole to come forward to say that nobody will be sworn-in.

“It is unfortunate what Oshiomhole is doing because he wants to retain his position as National Chairman of their party. APC Governors have rejected him, that is why he is struggling to prove that he is fighting for the party.

“He is making statements as if he owns the country. This is the same way he is carrying on in Edo State by fighting the governor.

“He believes that he has the forces to cause crisis. He is arrogating powers to himself, which is not good.” 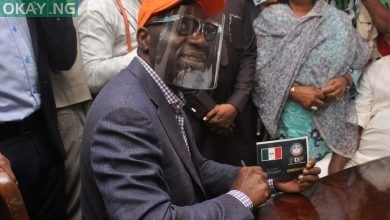 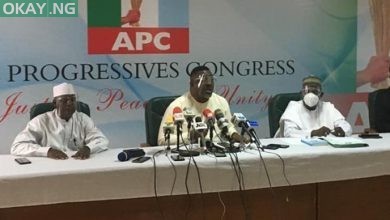