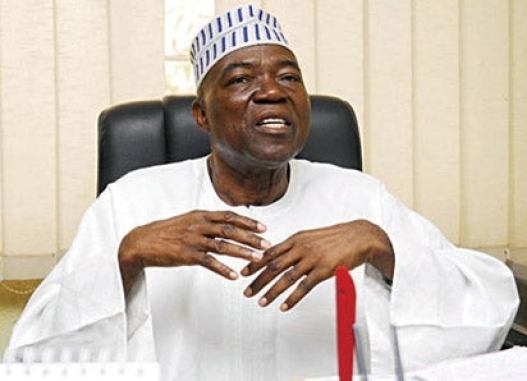 The governorship candidate of the Peoples Democratic Party in Plateau State for the 2019 elections, Jeremiah Useni, has asked his lawyers to proceed on filing a petition at the Supreme Court against the ruling of the Court of Appeal affirming the victory of Governor Simon Lalong.

Okay.ng reported on Friday how Justice O.A. Otisi of the appellate court dismissed the appeal filed by the People Democratic Party (PDP) and its candidate Useni challenging the declaration of Lalong as winner of the election by the Independent National Electoral Commission (INEC).

In his reaction to the judgment, Useni instructed his legal team during a review meeting that “certain issues contained in the judgment must be straightened in the interest of justice, democracy and the future of Nigeria’s children.”

He continued, “Our cause is the right cause. “We should not make the law look as if it is not important.

“Let the Supreme Court declare whether lying on oath is not against the law.

“The judgment of the appellate court is a surprise to me and members of PDP, especially having dismissed the two cross appeals of the cross appellants as lacking in merit and an abuse of court process.

“We are also surprised that the judgment, delivered by Hon. Justice O.A. Otisi, completely avoided making any pronouncement on an earlier judgment of the Supreme Court which reversed the decision of the Court of Appeal expunging the testimony of 21 of his witnesses.”

In conclusion, Useni prase his lawyers for holding strongly to the tenets of the profession and in bringing the issues in the petition to the forefront.

He commended the lawyers for standing firmly on the side of the rule of law and democracy.

Useni also thanked PDP officials, stakeholders, and supporters for standing strong and united all through the period the case lasted at both the tribunal and now the Court of Appeal.

He said the mandate the people of Plateau gave to him and the PDP was sacrosanct and would still enjoy his support and commitment.