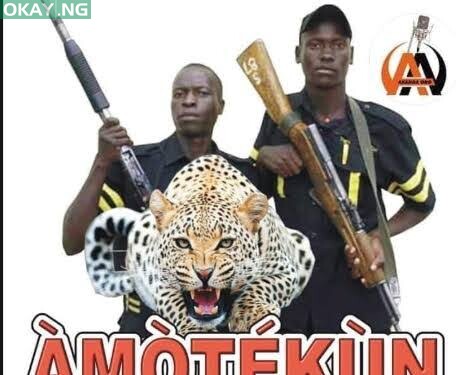 SHARE
Operatives of the Amotekun security network have successfully nabbed some tailors involved in sewing fake uniforms of the security outfit.

Chairman of a security network, General Kunle Togun (retd.) disclosed this in an interview on FRESH 105.9 FM Political Circuit.

The general said the tailors who were arrested around the Challenge area of Ibadan after they were alerted, have been investigated and handed over to the police at Yemetu Police Station for further investigation.

The Amotekun, also known as the Oyo state security network was set up by the Southwest governors in the bid to curtail insecurity in the region.

“We are presently in the area to uncover the truth.  We fear that if the uniforms get to the wrong hands and they use them to commit crimes, people will believe it is the handiwork of real Amotekun personnel.”