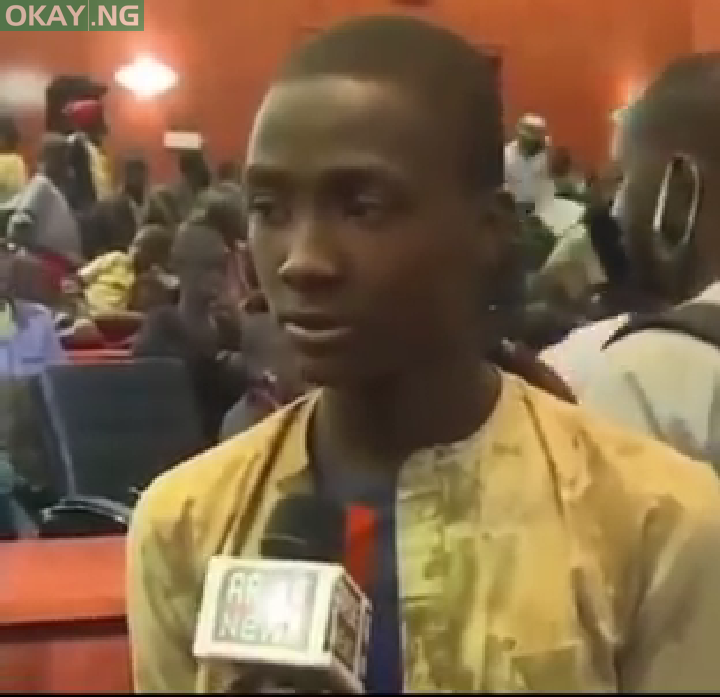 One of the released abducted students of  Government Science Secondary School Kankara, Katsina has claimed they were asked to say Boko Haram is their abductors were as they aren’t.

The Young boy disclosed this in an interview with Arise News when he asked if their abductors are Boko Haram, he replied,  they were told to say their kidnappers were Boko Haram from the gang of Ibrahim Shekau.