Bruno Fernandes has taken part in his first Manchester United training session alongside other teammates.

The 25-year-old Portuguese player arrived at Man United from Sporting Clube de Portugal on a five-and-a-half-year contract, with an option to extend for a further year.

Bruno has been handed number ‘18’ jersey of the club.

Here are photos of Bruno Fernandes training at Manchester United: 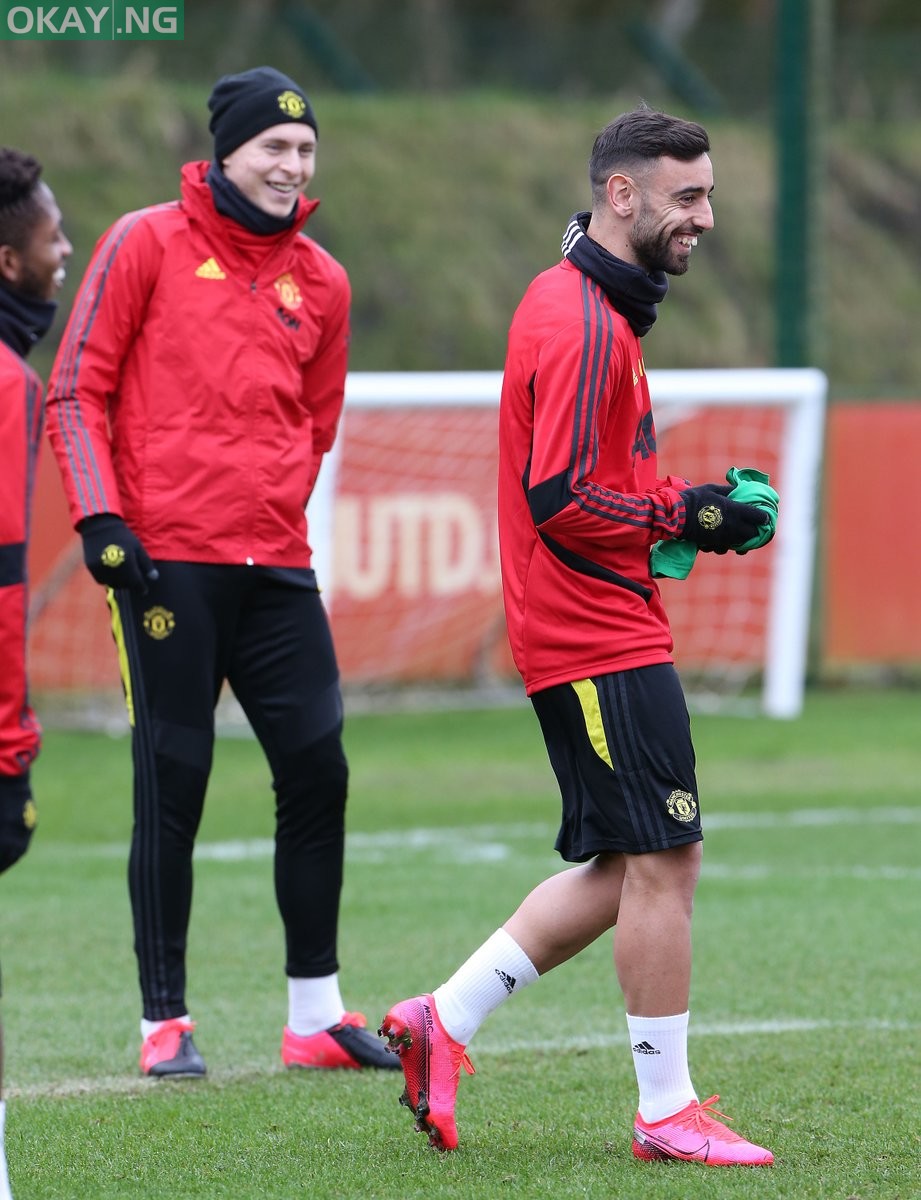 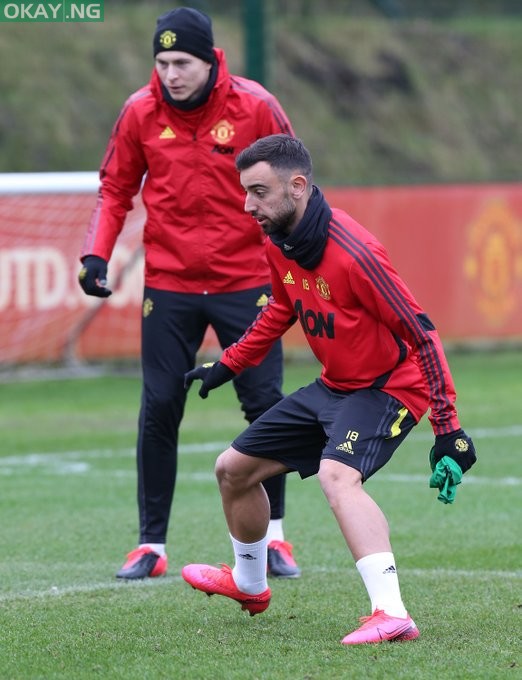 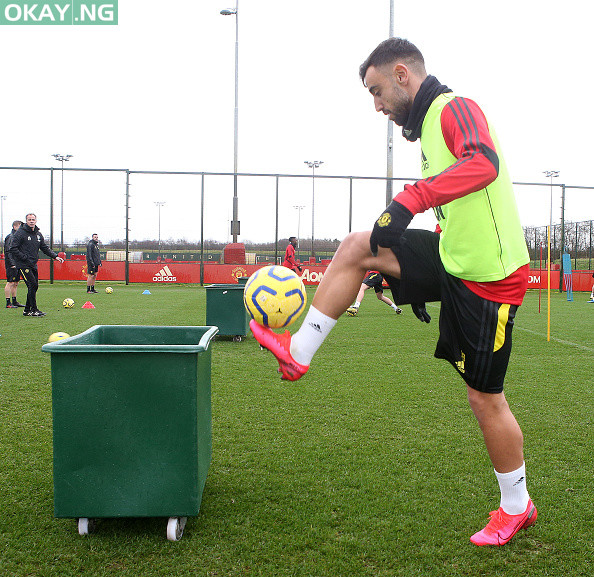