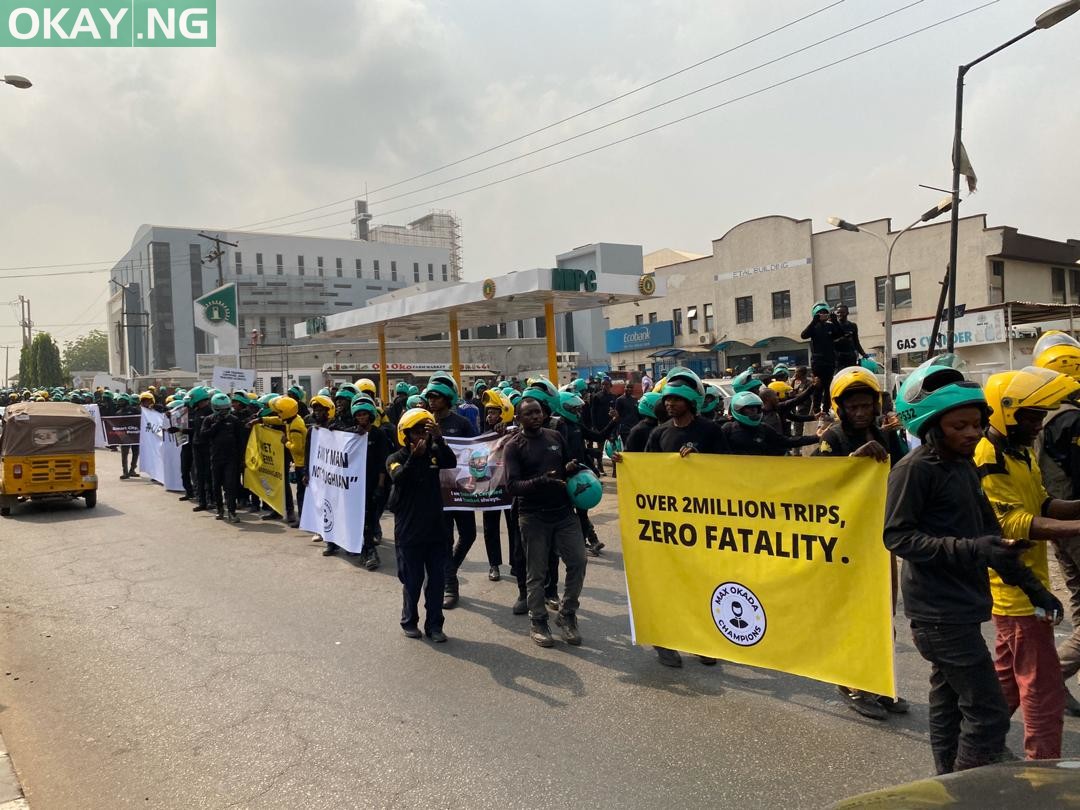 Riders of bike-hailing services like GoKada, Max.ng, ORide hit the street of Lagos to protest ban on motorcycles also known as ‘Okada’ which will take effect on February 1, 2020.

Okay.ng had reported that the Lagos government issued a ban on motorcycles, tricycles from plying some highways, bridges, and roads in six local governments areas of the state.

As the ban set to kick-off tomorrow (Saturday), the motorcyclists stormed the State governor’s office in Alausa, Ikeja, on Friday, expressing their displeasure with placards that reads “Our jobs matter,” while another read, “Regulate us, not kill us”.

Here are some photos from the protest: 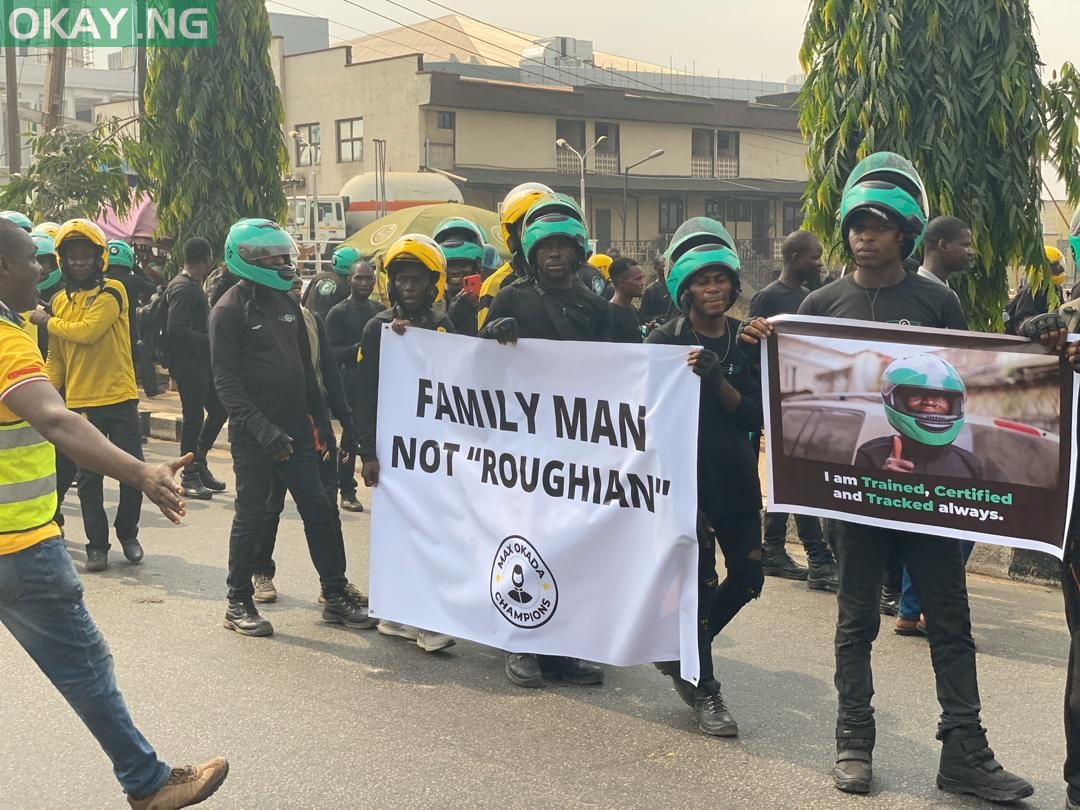 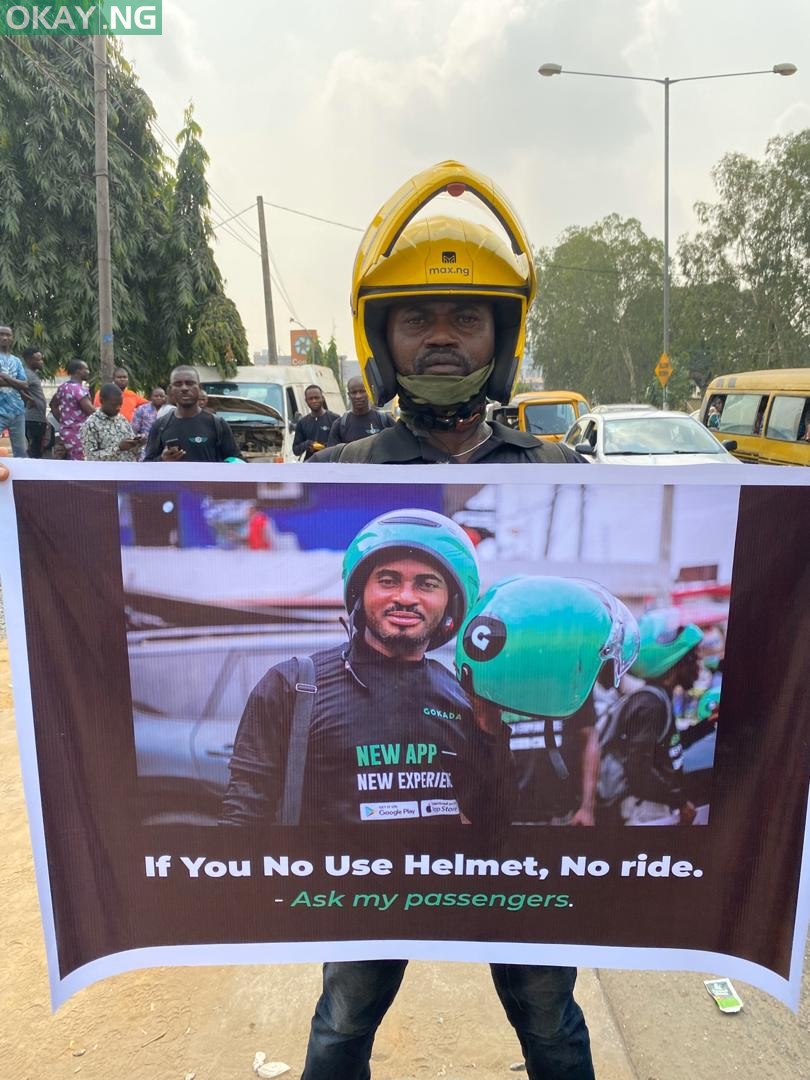 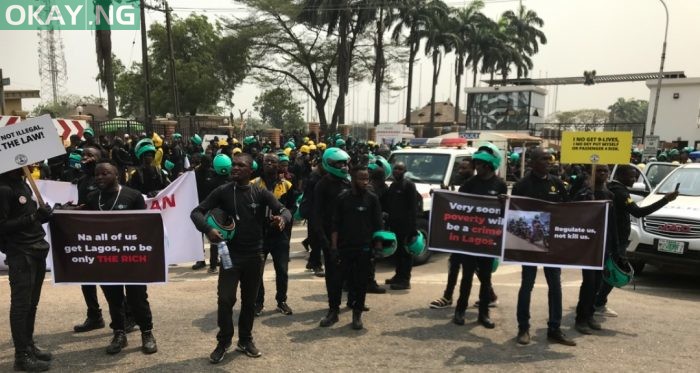