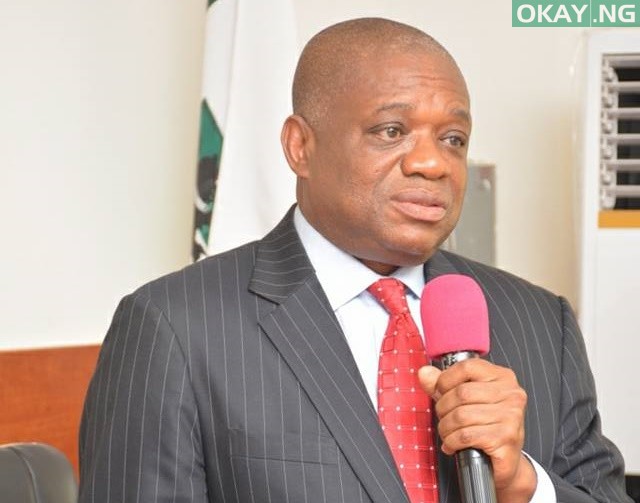 Chief Whip of the Senate and former Governor of Abia State, Senator Orji Uzor Kalu, has reacted after being named among beneficiaries of contracts awarded by the Niger Delta Development Commission (NDDC).

Okay.ng recalls that minister of Niger Delta affairs, Godswill Akpabio, in a letter to the house of representatives linked five projects to Kalu, all valued at above N500 million in Abia state.

Kalu responding to this in a statement signed by Barrister Emeka Nwala, said that the issues at stake in the NDDC has nothing to do with projects carried out, but missing funds.

He also noted that the commission has not paid any dime to the contractors who built the roads he facilitated.

Kalu said: “I was Governor of Abia State between 1999-2007 and never held any public office until June 11, 2019 when I was sworn in as a Senator. Between 2016-2018 during my tour to several communities; leaders and welfare unions of most communities pleaded for urgent intervention on some dilapidated roads.

“I wrote to the NDDC informing the body of the conditions of these roads and the need for their attention since Abia is an NDDC state.

“The NDDC in their consideration which I am very grateful to, awarded the roads to companies that duly tendered for the projects and not myself. Whatever link I have with the projects is because it was considered due to my intervention.

“The contractors have completed and delivered these roads long time ago except Abam-Atani road which I learnt from the contractors was slowed down due to rain but still ongoing.

“Meanwhile, it would interest Nigerians to know that the contractors who built these roads have not been paid any dime. It has not been easy with the contractors but because it’s a community project they have only but kept hope alive on the NDDC.”