The former governor of Abia State, Orji Uzor Kalu, says he will not hesitate to serve as the president of Nigeria if he is wanted.

Kalu made this declaration on Monday while speaking to reporters after meeting with former Military leaders, Ibrahim Badamasi Babangida and Abdulsalami Abubakar, in Minna, Niger State.

He said: “I am still in the Senate, and I will seek for re-election into the Senate but if our people want me to contest for the position of president I will not hesitate.”

Furthermore, Kalu said there is nothing like zoning in the All Progressives Congress (APC) constitution, adding that everyone in the party is allowed to contest for President.

“Zoning is not a constitutional matter in APC, any person can contest any post in APC,” he said. 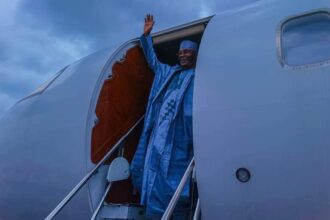