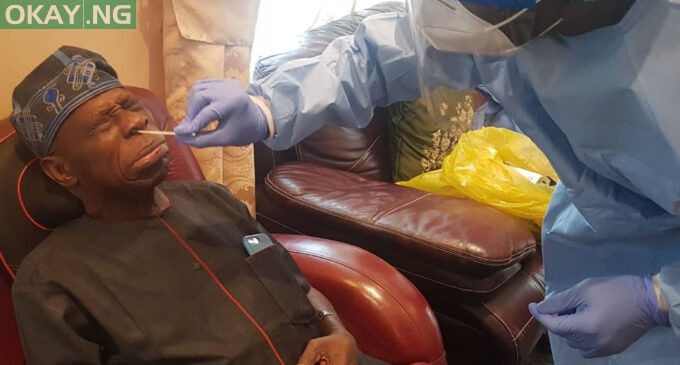 Former President, Olusegun Obasanjo, has narrated how he tested positive for COVID-19.

Obasanjo speaking at a colloquium held in the Olusegun Obasanjo Presidential Library (OOPL), Abeokuta, Ogun state, said when he tested positive for the virus, another test was conducted on him within three days and the result returned negative.

According to him, he was a bit concerned about it and had to call his daughter, Dr. Iyabo Obasanjo – Bello, that he was not having any symptom but COVID-19 test from the sample extracted from him reads positive

He said: “It will surprise you that I tested positive for COVID-19. I called them to come and test me. They came on a Saturday, I didn’t get the result till Wednesday and it came out positive but I didn’t see any symptoms.

“My daughter, Iyabo, is an epidemiologist and I called her to explain. She said maybe they tested me at the later stage of being positive.

“I told her I had no symptoms and she said it could be a faulty result. But I tested positive. Since then I have been tested three times and the test came back negative. So, if you want to come near me, you can come near me.

“It is nothing to worry about. When I tested positive, my household ran from me. I told them to stay in their place while I stayed in mine.”