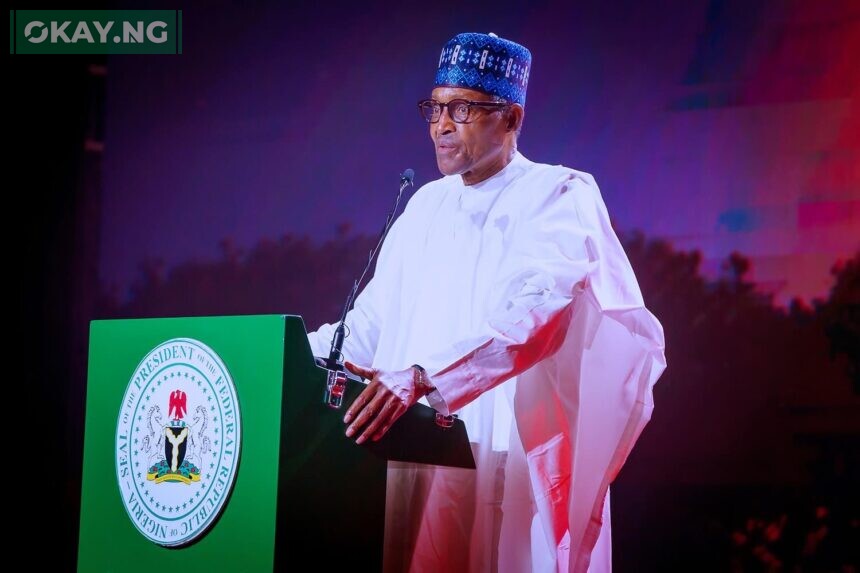 President Muhammadu Buhari delivering his speech at the unveiling of NNPC Limited in Abuja on Tuesday, 19th July 2022.
SHARE

Okay.ng gathered that the president during the celebration of the 62 independence day anniversary in Abuja, gave a speech addressing Nigerians, he also gave a review of major achievements as well as setbacks that happened while in office.

The president appreciated God and fellow Nigerians for giving him the opportunity and support to serve as a leader in hard moments in the country’s history.

In a statement he said that he pledges to work on improving the country’s economy, lifting Nigerians out of poverty, eliminating corruption and insecurity. While some parts of these aspects have been accomplished, other areas are yet to be accomplished he added.

“In order to address insecurity we worked methodically in reducing insurgency in the North East, Ethnic and religious Tensions in some parts of Nigeria along with other problems threatening our country” he added.

President Muhammadu Buhari said in his speech that the government have worked and prioritised the Agricultural sector towards providing sufficient food supply and making it attractive for people to engage in business.

Efforts are made to fight debt, living standards and growing inflation in order to curtail thier negative effects in the country.

I am deeply pained by disruptions in the tertiary education systems and we are making efforts toward evacuating the causes of academic inadequacies in Nigeria.

In a statement he said our government have improved health facilities which was hugely recorded during the and after the COVID-19 pandemic which was commended by the world are large, he added that his government have embarked on tackling ecological challenges and further impact of climate change in the Nigerian soils due to pollution among others.

He noted that the government have recorded major success in infrastructure such as railway and assured that plans are made towards rehabilitation and upgrading non-functional equipment.

According to him the (NSIP) Nigerian Social Investment Programme and other programs such as (NPOWER), have created jobs opportunities to Nigerians as well as reducing poverty rate in the country.

He added that he will be pleased to see more female participation in the forth-coming electoral cycle, he also spoke directly to the youths to desist from violence in elections or used by politicians for such purposes.

He ended his speech by stating that he was called to serve and provide a solid foundation for the country with his team and to create a better Nigeria in which we have done with the help of God and the good people of Nigeria.

He finalised by the statement “I thank you all and God bless the federal republic of Nigeria.