Maryam Sanda, a mother of two, was on Monday sentenced to death after being found guilty of killing her husband, Bilyamin Mohammed Bello.

Justice Haliru Yusuf of High Court of the Federal Capital Territory (FCT) in Maitama, said available evidence proved that the accused stabbed her husband with a kitchen knife with intent to “kill”.

Sanda is to be hanged as ordered by the court.

Watch the video of Maryam being whisked away from the court premises after the ruling: 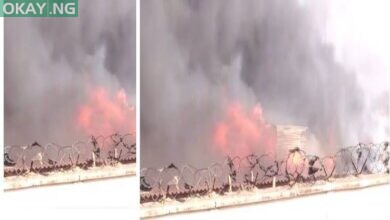 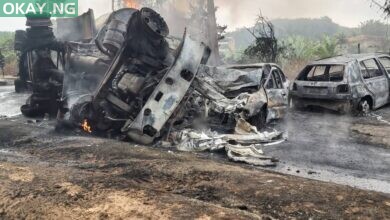 Panic in Ogun as tanker explodes, one feared dead (Photos)