Jonathan, who is ECOWAS Special Envoy to Mali, met with President Buhari at the State House in Abuja.

The meeting came ahead of an extraordinary virtual summit by ECOWAS heads of state and leaders, scheduled for Friday. 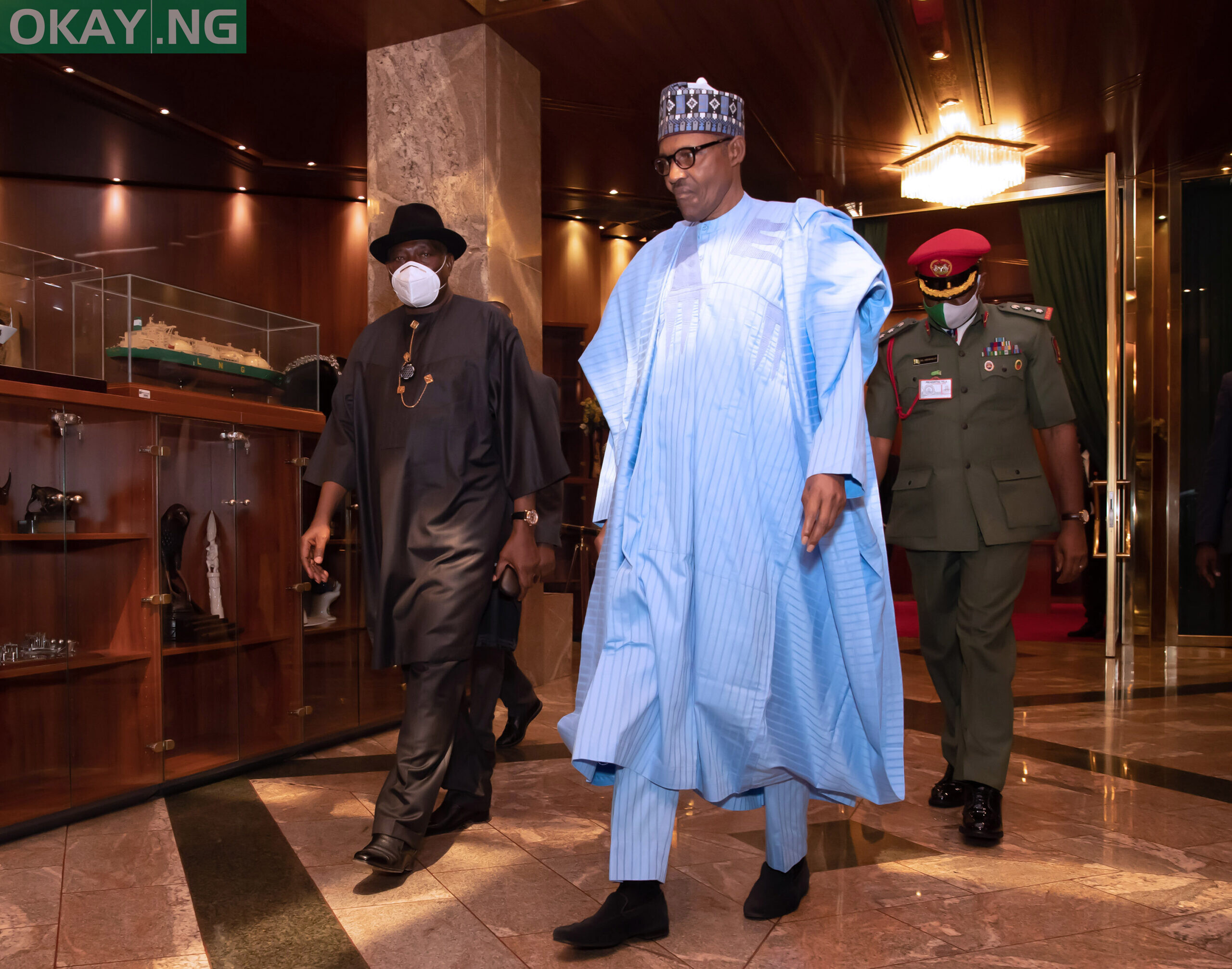 President Buhari stressed that “About two-thirds of Mali is occupied by terrorists, and it makes common sense to secure the country, rather than pursuing individual interests.”

He said the sub-region would take a common position on the issue when the leaders meet on Friday, hoping that an amicable and generally acceptable position to all interested parties would be arrived at. 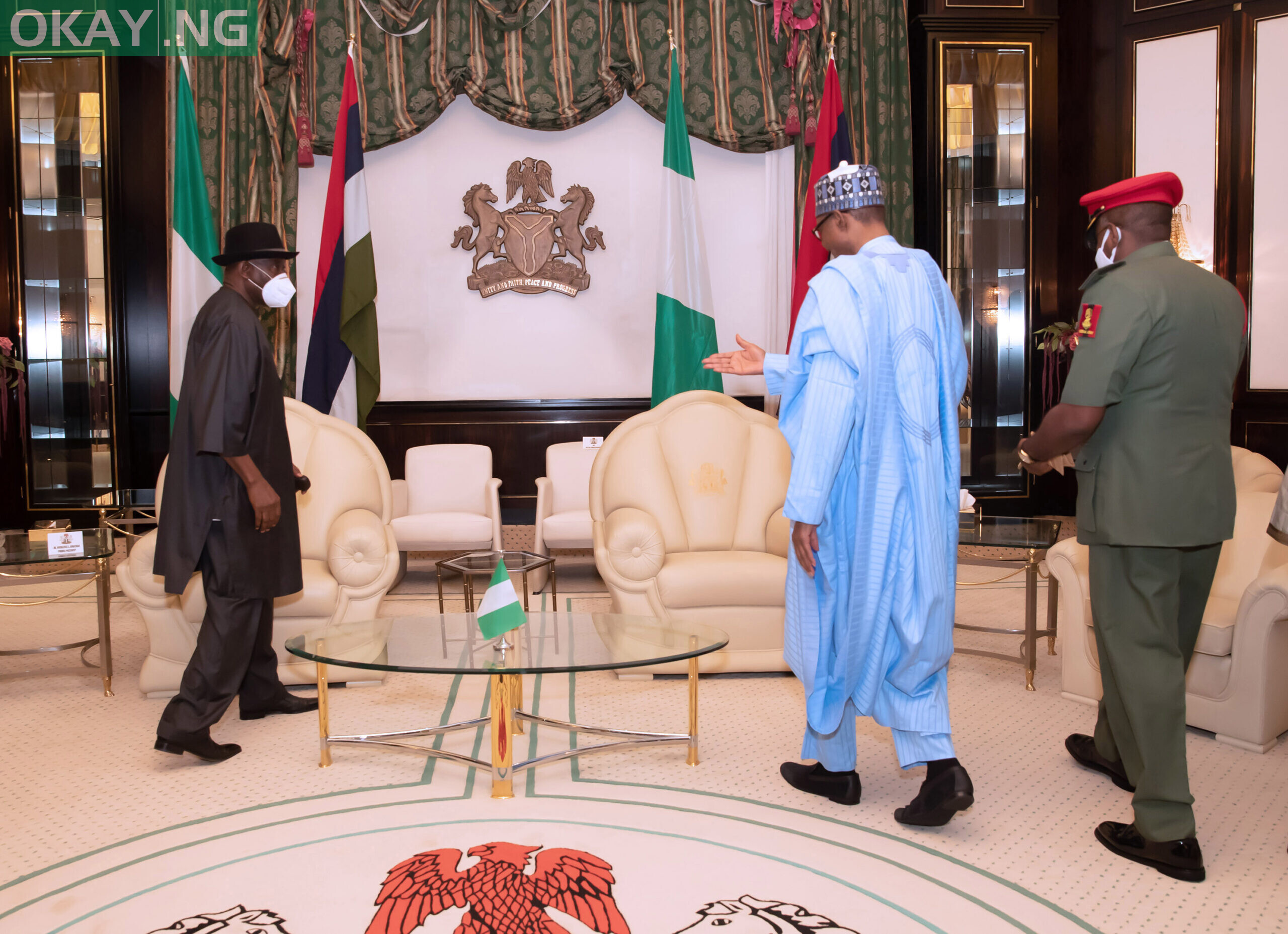 Jonathan brought the President up to speed on dialogue with the military coup leaders, who are seeking to stay in power for three years, before holding elections. 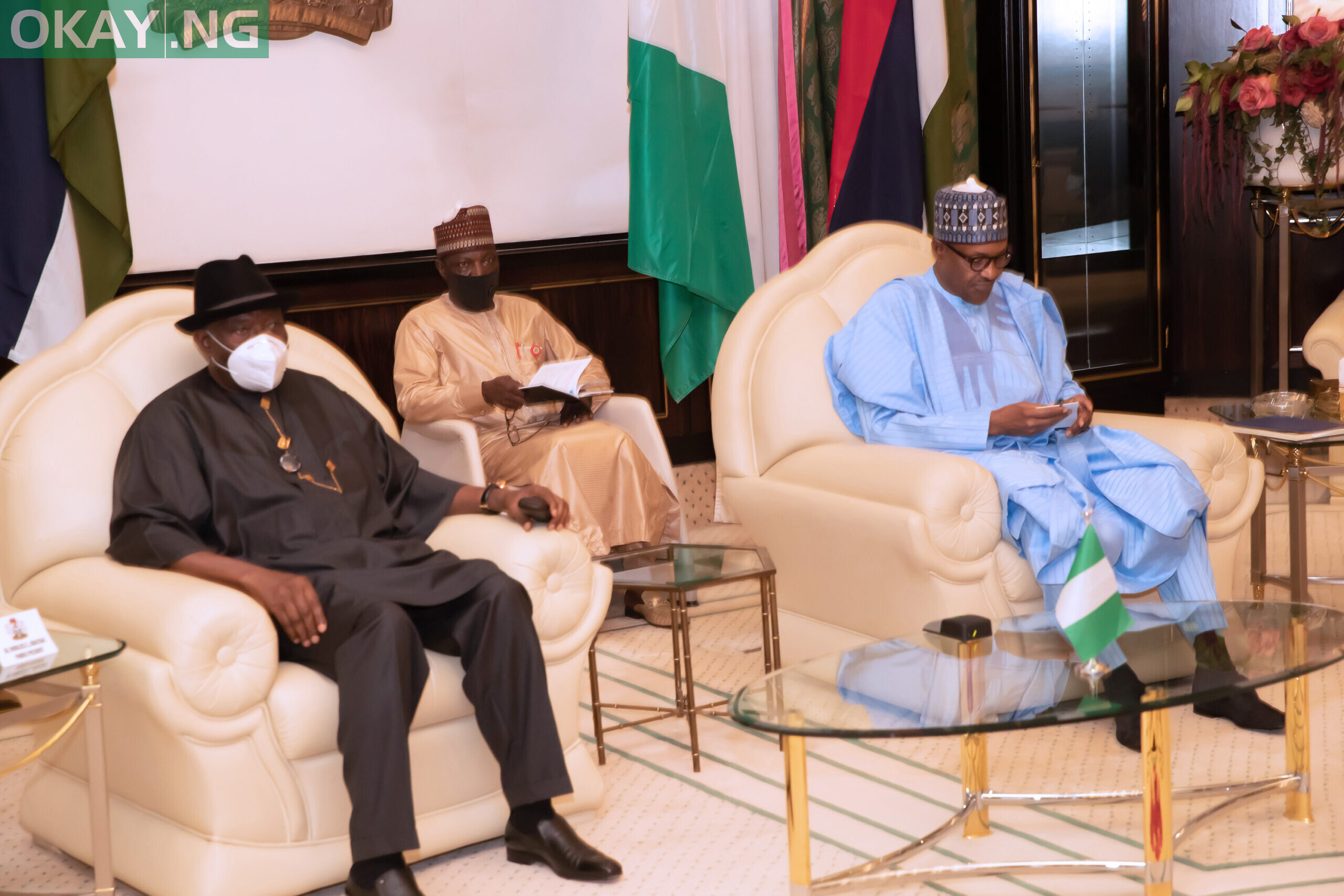 “They call themselves the National Committee for the Salvation of the People. We asked them to allow ousted President Ibrahim Boubacar Keita to return to his personal residence, where he would be given tight security, but they said he could travel abroad, and not return to answer questions they may have for him,’’ the Special Envoy said.

“We also told them that what would be acceptable to ECOWAS was an Interim Government, headed by a civilian or retired military officer, to last for six or nine months and a maximum of 12 calendar months. The Interim Government would then organize elections to restore full constitutional order.”

Dr Jonathan disclosed that his team was allowed to meet with the ousted President, who confirmed that he resigned voluntarily, adding that he was no longer interested in returning to his former position.

He added that the military leaders want ECOWAS to lift sanctions put in place, as it was already affecting the country, “but we told them that the authority to do such was only in the hands of ECOWAS heads of state.”