Garba Shehu on behalf of the Presidency has alleged that some politicians paid some people to boo President Muhammadu Buhari in Maiduguri, Borno State.

The president had on Wednesday visited Maiduguri on a condolence visit over the raising insecurity issues in the region.

As Buhari’s convoy heads into Maiduguri, residents trooped out to boo the president chanting in Hausa “Bama so!” “Bamayi!”, which means “We don’t want; we’re not interested.” 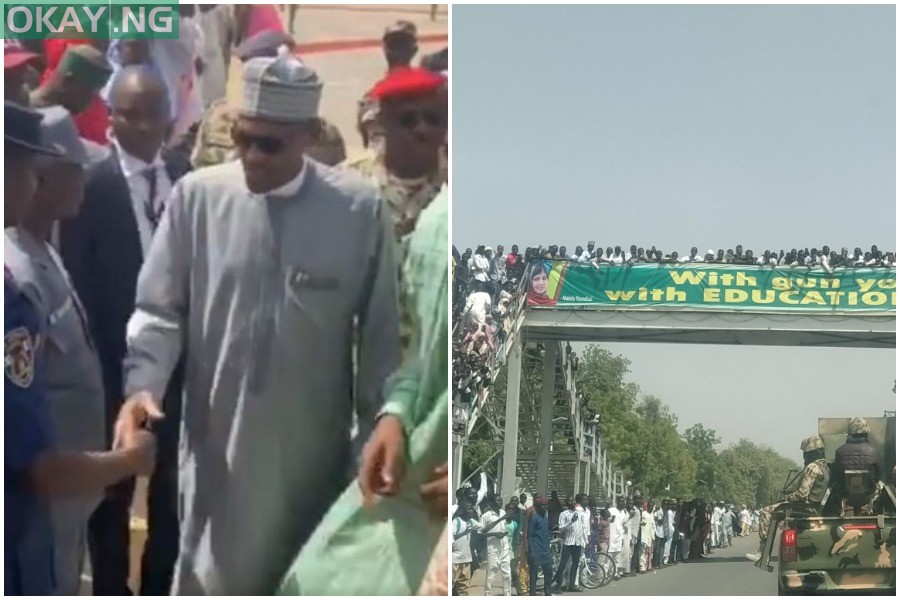 Responding to this in an interview with BBC Hausa monitored by Okay.ng, Garba Shehu said that only miscreants protested against the president’s visit.

He said: “I was part of the delegation that entered Maiduguri right from the airport to the palace of the Shehu of Borno. The people came out to say thank you and welcome us.

“But there was a group which came out shouting ‘we don’t want’.

“Some politicians gathered some miscreants and paid them money to boo Buhari.”