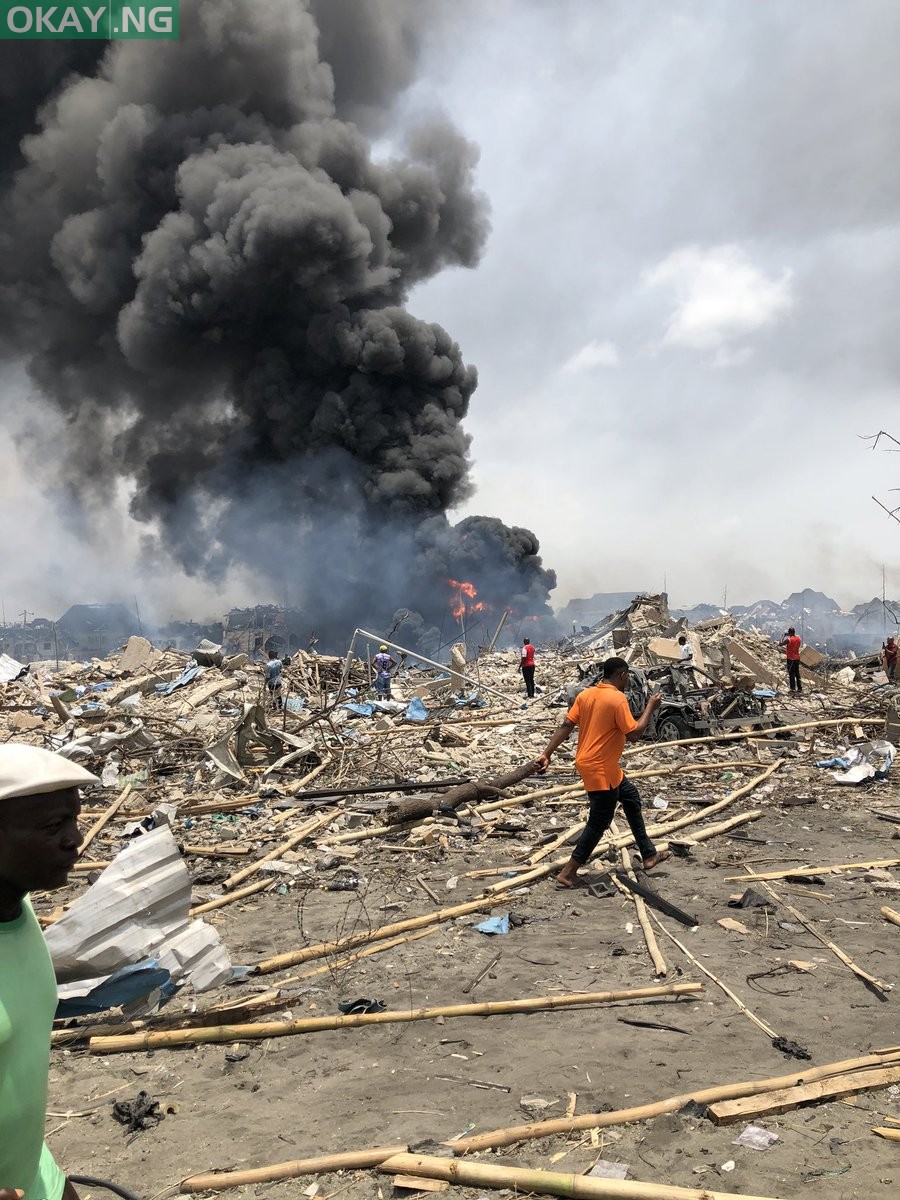 LASEMA’s Director-General, Dr. Femi Oke-Osanyintolu, disclosed this while giving situation report on the incident on Sunday.

According to the LASEMA boss, upon arrival of LASEMA’s Response Team, LRT, at the incident scene, it was discovered that a raging fire had displaced several residents who fled their abodes for fear of being caught up in the inferno.

Oke-Osanyintolu said: “The primary cause of the explosion is unknown. There were a number of secondary explosions which have caused significant damage to multiple buildings, including the leveling of a church to ground zero and the destruction of St Margaret’s girls hostel.

“The causes are yet to be determined while security agents are investigating the cause of the explosion, recovery and rescue activities were carried by the Ministry of Special Duties , LASEMA, men of the Lagos State fire service crew, Federal fire service department, Safety Commission, LABSCA and other first responders,” he said.

“17 bodies have been recovered while 25 casualties are being treated for injuries on site. We sympathise with the families of the dead and wish the injured quick recovery. We appeal for calm and urge residents to shun fake news.

“Operation is still in progress. Updates will continue through the course of operation while investigations remain ongoing.”