The former basketballer died in a helicopter crash in Calabasas near LA, California.

Bryant passed away with his 13-year-old daughter, Gianna Bryant and 3 others.

Many Nigerians took to social media to share their condolences and also pay tributes to him.

However, former Big Brother Naija housemate, Khloe has criticized Nigerians for not showing the same empathy to fellow Nigerians when the need arises. 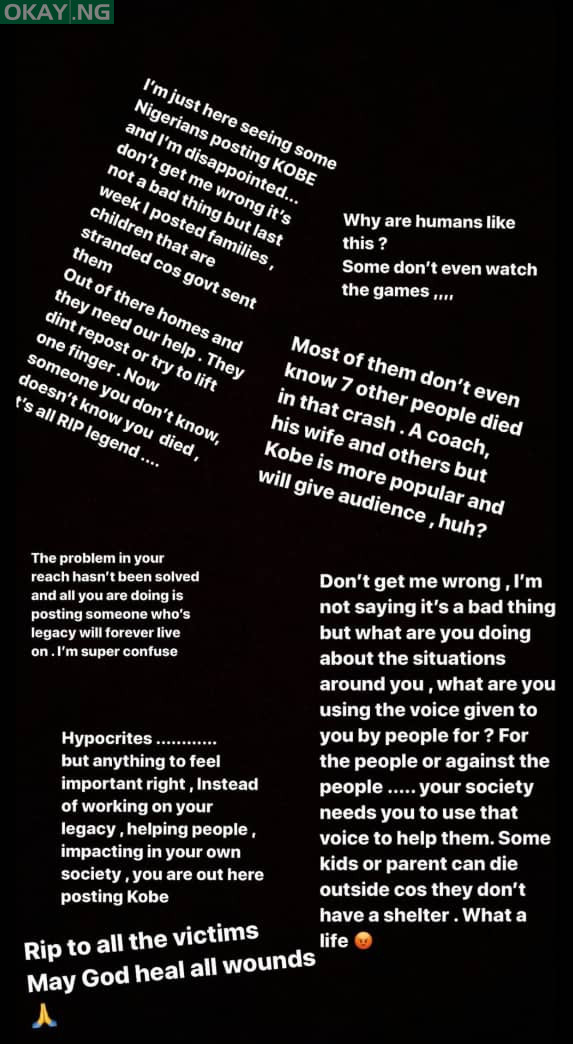