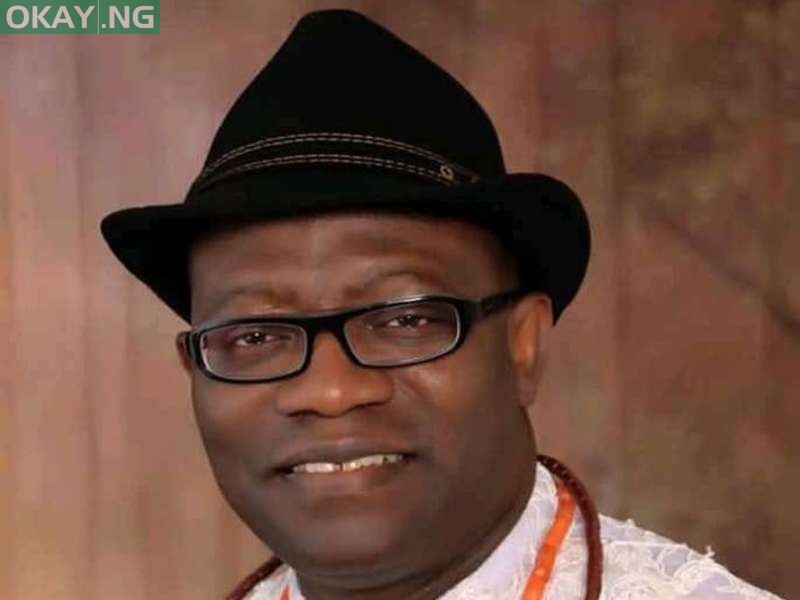 He said: “Eku will remember you for a long time to come. RIP Kenneth O. Okpara”

Okpara, who had signified his intention to run for governor in the 2023 gubernatorial election in Delta state, had, before his untimely demise, been garnering support across the state. A grassroots politician he showed so much love for his people in Eku, his hometown, and earned their unwavering support.

He was Commissioner of Finance and Economic Planning during the Emmanuel Eweta Uduaghan-led administration in Delta State, where not only did he put his financial knowledge and business acumen to bear in the economic development of the state but also left his footprints.

Born into the great Okpara Dynasty of Eku on February 8, 1961, in Eku Community, Ethiope East Local Government Area of Delta State, he had his Primary Education at C.M.S, in Eku .

He attended the prestigious Saint Peter’s Claver’s College, Aghalokpe, a school that produced Prof, P.P Ekeh, an internationally-acclaimed Sociologist and scholar and other outstanding leaders in Nigeria’s public and private sectors. He later proceeded to the University of Maiduguri, Borno State, where he bagged (Bsc. Accounting) in 1987.

He was an Associate Member of the Institute of Chartered Accountants of Nigeria,1999, fellow of the Chartered Institute of Taxation 1998, Microsoft Professional-Internet (MCP- 1) 2000, Microsoft Certified System (MCSE) 2000.

He was also an International Financial Expert and a Chartered Accountant with strong leadership and analytical skills.

He worked as a co-Task Team Leader/Manager for Public Financial Management Projects funded by the World Bank here in Nigeria as well.

He was appointed the Honourable Commissioner for Economic Planning in September 2011-July 2013 by Dr. Ewetan Uduaghan, former governor of Delta State.

He proved himself a financial guru whose tenure led to the boosting of the economic base of Delta State and later appointed as the Honourable Commissioner for Finance by the same former governor, Uduaghan.