Hauwau Ibrahim, the Kano woman who stabbed her two children to death over jealousy has pleaded not guilty before a magistrate court in Kano state.

Recall that, the woman,who’s a health worker stabbed her children, Irfan Ibrahim, 6 and Zuhra Ibrahim, 3. She also injured her niece, Aisha Sadiq, 10 that’s staying with her at Diso, Gwale Local government, Kano on 4th October. 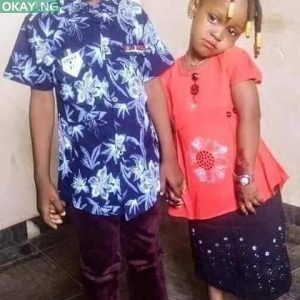 Sources had it that Hauwau killed her children because her husband, Ibrahim has married a second wife.

Recent reports revealed that, the lawyer of the woman, Huwaila Ibrahim has requested the court to send her client to a psychiatric hospital for check-up after she denied killing her children.

The lawyer made this request on Wednesday, 23rd December at the resumed sitting after Hauwa’s denial.