The leader of the Indigenous People of Biafra (IPOB), Nnamdi Kanu, has expressed his displeasure at that the killings in the South-East region of Nigeria. Okay.ng has learned.

Mr Kanu who is in the custody of the Department of State Service (DSS) had been visited by his younger brother, Emmanuel Kanu.

Emmanuel stated that his brother “does not believe in bloodshed”, adding that Mr. Kanu was not happy that bloodsuckers are on the loose in the South-East almost unchallenged.

Kanu was also quoted as saying that all those behind the current killings in the South-East must be held accountable for their atrocities.

The IPOB Leader also demanded the immediate release of Mrs Ukamaka Ejezie, a newspaper vendor in Abia State popularly known as ‘Mama Biafra’. He argued that she committed not crime.

Kanu was said to have explained that she had been acting as his mother since the demise of his parents in 2020.

He pleaded with all to ensure there is peace in the South East. 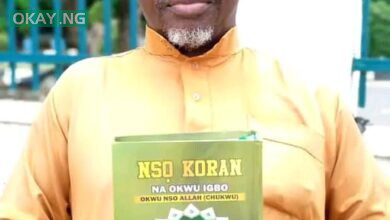