A fire on Wednesday gutted the Treasury House which houses office of the Accountant General of the Federation.

Okay.ng gathered that the cause of the fire is yet to be ascertained as at the time of filing this report.

However, the inferno which reportedly started at around 10 am from the third-floor spread to other floors in the building including the Accountant General’s office and most of the important offices.

Fire Fighters at the scene have stopped from spreading the while building. 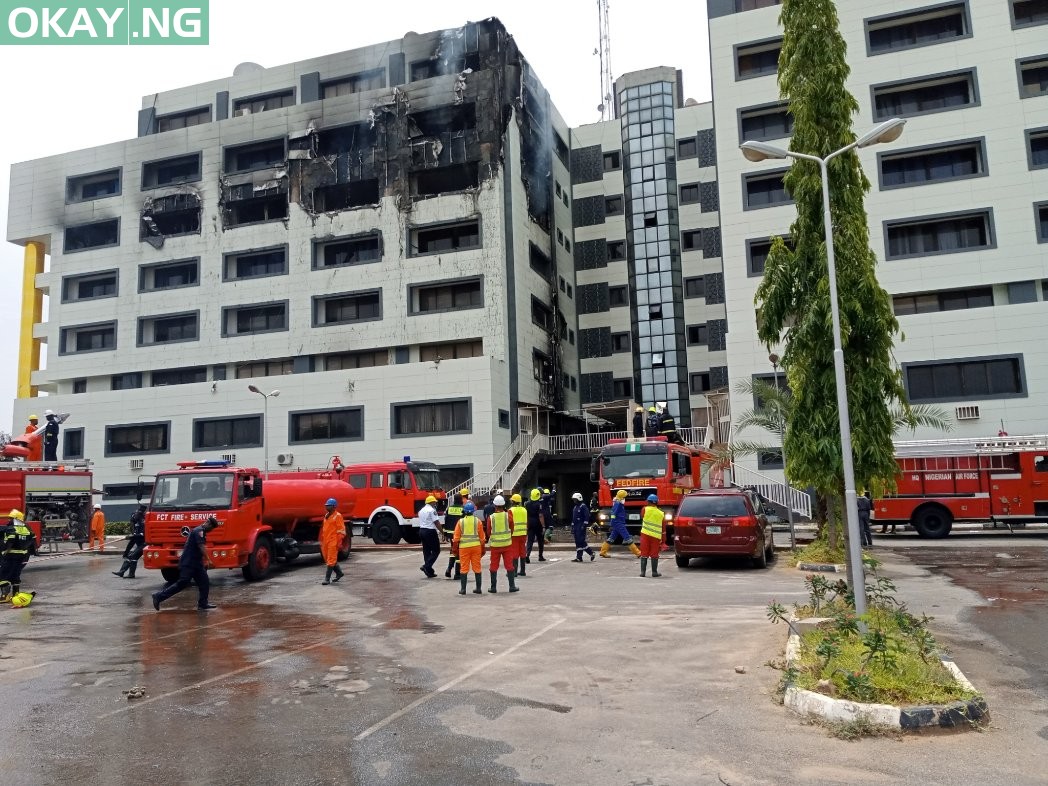