Dasuki reunited with his family for the first time in four years at his residence in Asokoro, Abuja.

Okay.ng recalls that the Attorney-General of the Federation Abubakar Malami ordered the DSS to release Dasuki alongside activist, Omoyele Sowore.

The former NSA was first arrested on December 1, 2015, by DSS and arraigned in court by the Economic and Financial Crimes Commission over his involvement in a $2.1bn arms procurement fraud.

He was re-arrested immediately despite being granted bail.

Here are photos of Dasuki and his family after his release from detention: 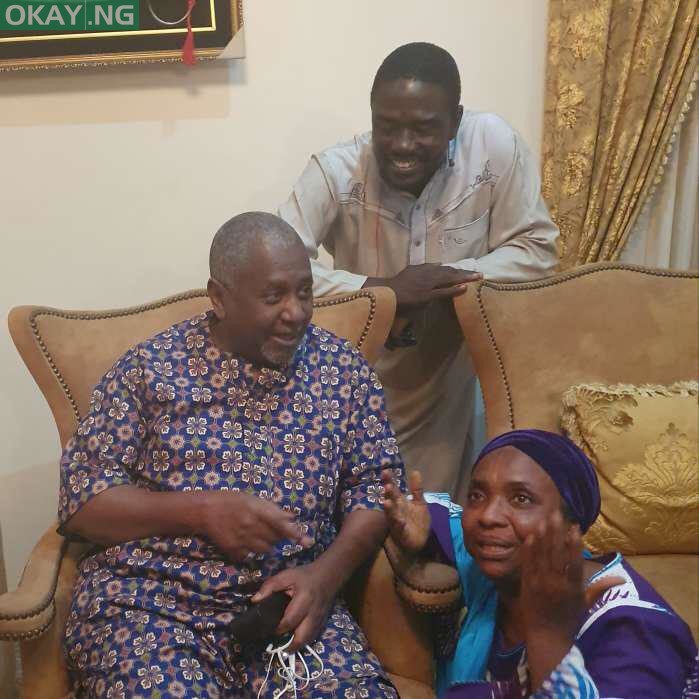 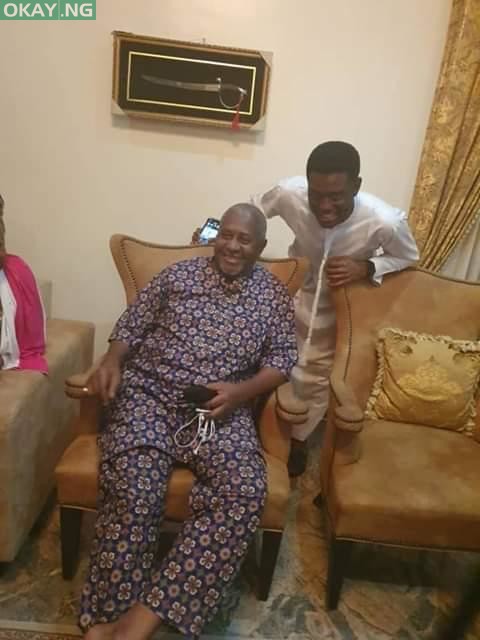 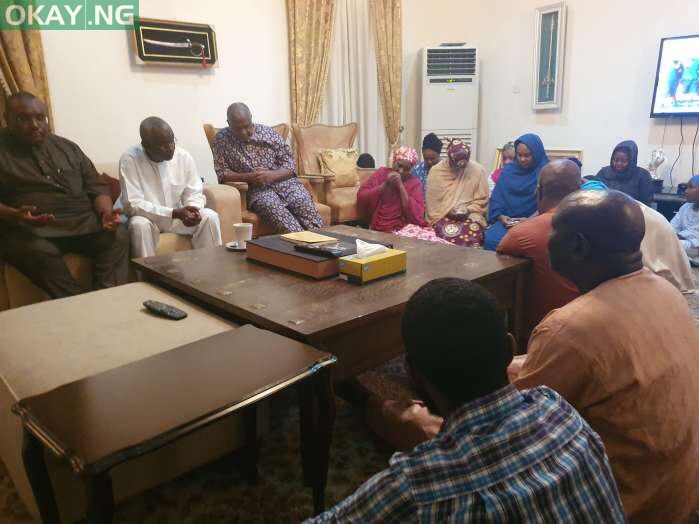