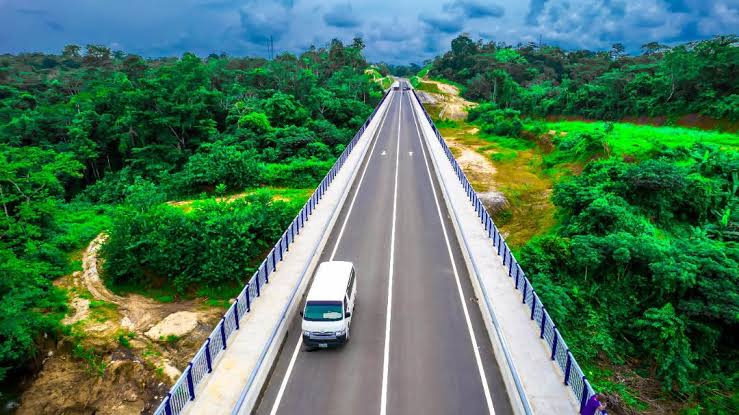 President Muhammadu Buhari and his counterpart from Cameroon, Paul Biya, dedicated a $44 million bridge connecting Nigeria and Cameroon on Thursday in the Etung local government region.

Okay.ng sourced that the two-lane bridge between Nigeria and Cameroon is situated near the Nigeria-Cameroon border in the communities of Mfum in the Etung local government area of Cross River and Ekok on the Cameroonian side.

A joint border post has also been opened in the Cross River community of Mfum, which is part of the Etung local government region.

According to Buhari, the project was a demonstrable example of the friendly relations and cooperation between the two nations. The project, he continued, will improve trade and cement ties between the nations.

“This bridge and post demonstrate that exceptional projects can be completed in a flash when African nations collaborate with African institutions.

According to him, this initiative has the potential to boost regional economic activity and make it easier for people, products, and services to move freely across the countries that make up the corridor.

The endeavor, according to the president of Cameroon, demonstrated the trust between the two nations.

“The Bamenda-Mamfe-Abakaliki-Enugu corridor transport facilitation program includes the construction of the bridge over Cross River.

“The corridor, which spans 441 kilometers of highway, will help to promote trade and improve ties between Nigeria and Cameroon.

Today, he said, “the Bamenda-Enugu corridor is totally tarred and one can comfortably drive from Bamenda to Enugu or from Yaounde to Abuja to cross 1100 kilometers or do his business on either side.”

He continued by saying that Cameroon would make whatever effort to maintain its cordial border relationship with Nigeria.

The project has been completed, according to Mr. Babatunde Fashola, Minister of Works and Housing, who also thanked everyone who contributed to making it happen.

The significance of the bridge, he continued, is that it is a part of Route 8, which aims to link Lagos to Mombasa in Kenya as well as Nigeria and Cameroon.