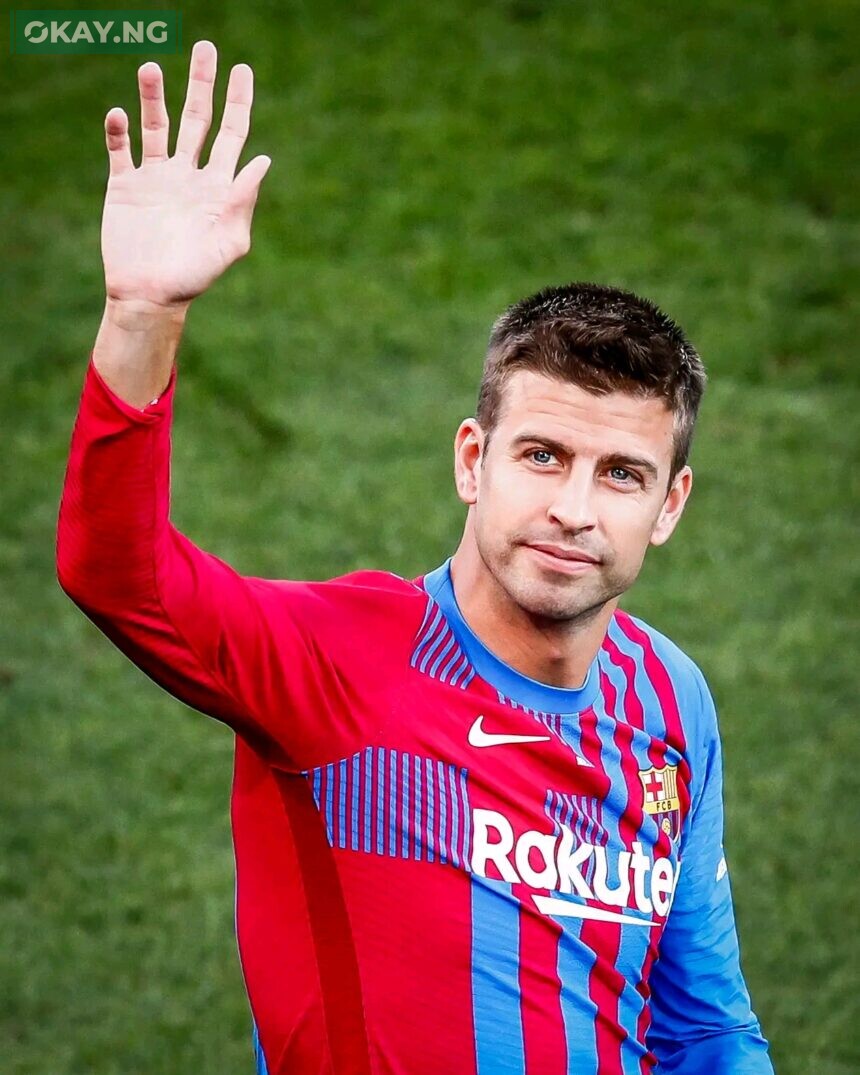 Barcelona defender Gerard Pique has announced he is retiring from football and Saturday’s La Liga match against Almeria will be his last.

The defender has confirmed in a video on social media that he will retire from football after Barcelona’s clash against Almeria on Saturday in La Liga.

Okay.ng reports that Pique has fallen out of favour at the Camp Nou this season, making just three La Liga starts, and has decided to call time on his trophy-laden career.

According to goal.com, the defender had previously said he would rather retire than accept being a substitute for a whole season and now looks set to keep his word.

The 2010 World Cup winner will wave farewell to Barcelona fans on Saturday at the Camp Nou against Almeria in what is bound to be an emotional game for the 35-year-old club legend.