Former housemate of the Big Brother Naija reality television show, Khafi Kareem has said she needs to explain the impression people are always getting of her being pregnant.

According to Khafi, countless times on social media reports had suggested that she is expecting a baby.

She said surprisingly some relatives and friends had believed some of the false news.

The 30-year-old London policewoman, who is engaged to fellow ex-housemate, Gedoni, disclosed this on Tuesday at a panel session at the ongoing Social Media Week.

“When I felt came out, I felt the need to explain myself to everyone and to correct the impressions,” she said.

“The amount of times I’ve been pregnant on social media, I can’t even count. After some time, I told myself I know what happened and what did not and that is what matters.

“If I had to take in every comment made on social media, I would not have been able to sleep at night. Knowing that helped me. Also, my mum flew in from London to help me.

“What shocked me the most were some of my friends and family who believed some of the false news.

“I was surprised and thought they knew me but I had to come to terms with who I know I am and that was how I was able to overcome.” 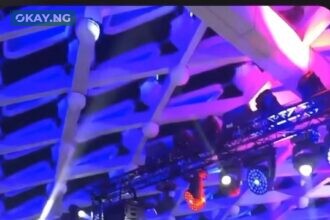