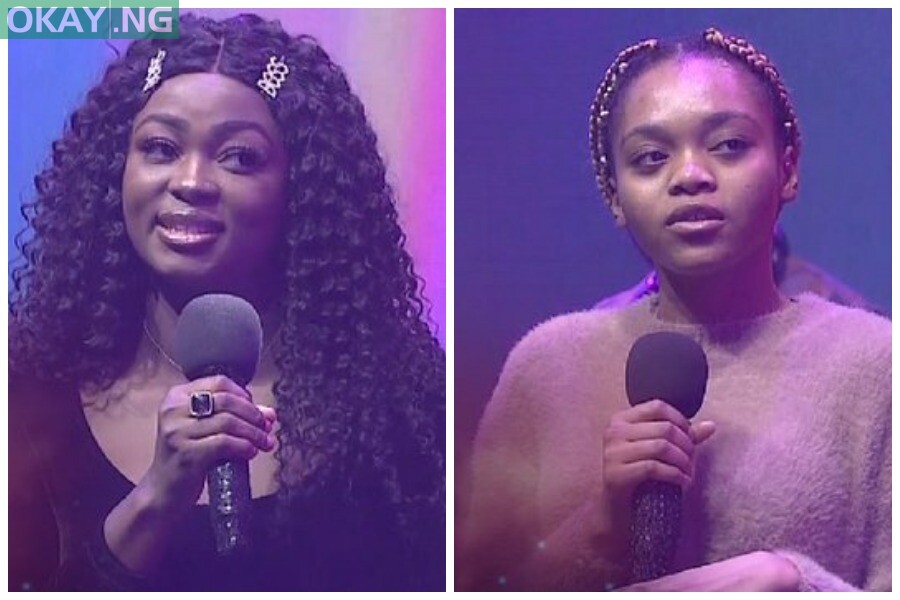 Evicted Big Brother Naija housemates, Lilo and Katrina have spoken after the left the house on Sunday.

Okay.ng recalls that the show host, Ebuka Obi-Uchendu, announced the eviction of Ka3na and Lilo from the house after getting least votes this week.

Ka3na, when interviewed by Ebuka, said had “mixed feelings’ about leaving so early.

Speaking on if she is surprised her fellow evicted her out the house, she said: “it is only a game at the end of the day.”

However, Ebuka asked her of her plans moving forward, Ka3na said: “I will continue working on my brand. I am grateful for this platform.”

When asked who she will miss the must, Ka3na she will miss Lucy and Dorathy as those are the two Housemates she’d grown closest to.

Lilo, on the other hand, said she was surprised about her early eviction.

In her words: “I thought I was going to be in the house longer.

“I’m surprised at the eviction, I don’t know why they did not save me.”

Speaking on her relationship with Erica, a fellow housemate, Lilo said she still feels the same about him despite being evicted from the house.

When asked about her plan outside the house, Lilo said she would go for her Master’s Degree and focus on her business too.