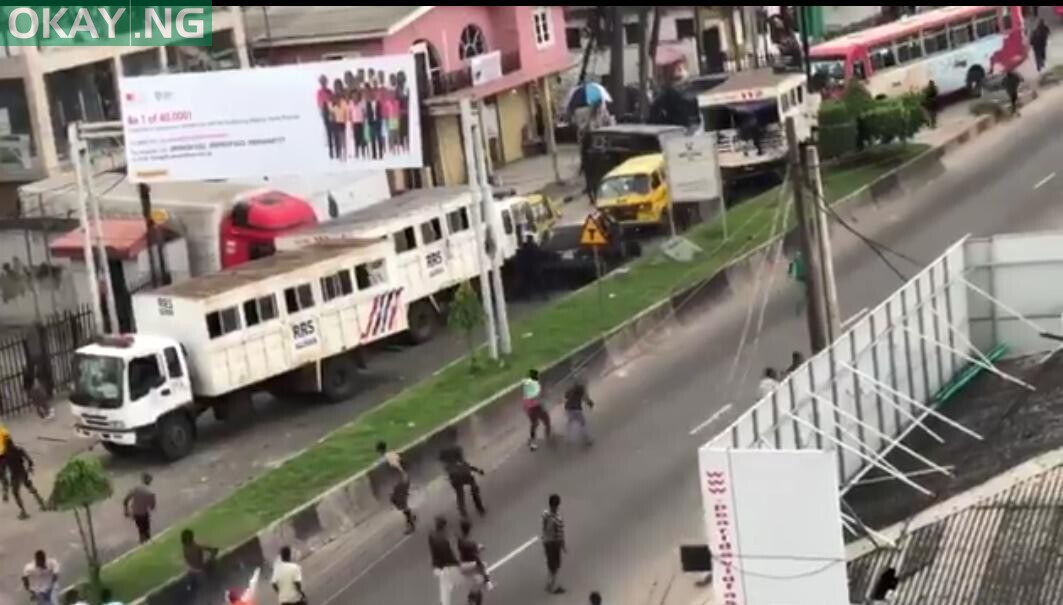 Okay.ng understands that the attack occurred at Herbert Macaulay way, Yaba area of the state.

There has been an outbreak of violence in some parts of the country amid the ongoing #EndSARS protests.

According to a witness, the thugs attacked the security agents on the assumption that they were deployed to stop the protests.

The thugs were seen hurling stones and sticks at the vehicles of the RRS team while the operatives scampered for safety.