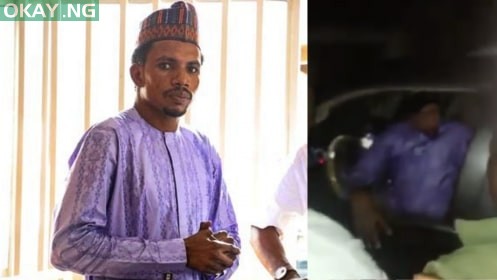 A video has surfaced on social media of Senator Elisa Abbo slapping a man in his hometown, Mubi, in Adamawa State.

It the 1 minute-video shared on Thursday, the lawmaker representing the Adamawa North Senatorial District, was seen hitting the unidentified man repeatedly.

Okay.ng recalls that the senator was a year ago captured in a video at a sex shop in Abuja beating a female attendant.

The incident escalated further after the video received outrage on social media leading to the police arraigning Abbo before a Magistrate Court in Zuba, on a one-count charge of assault.

The case against the lawmaker was dismissed by the court following his no-case submission.

However, the victim filed another suit an FCT High Court, which lead to the conviction of Abbo and he was ordered to pay N50 million as compensation to her.