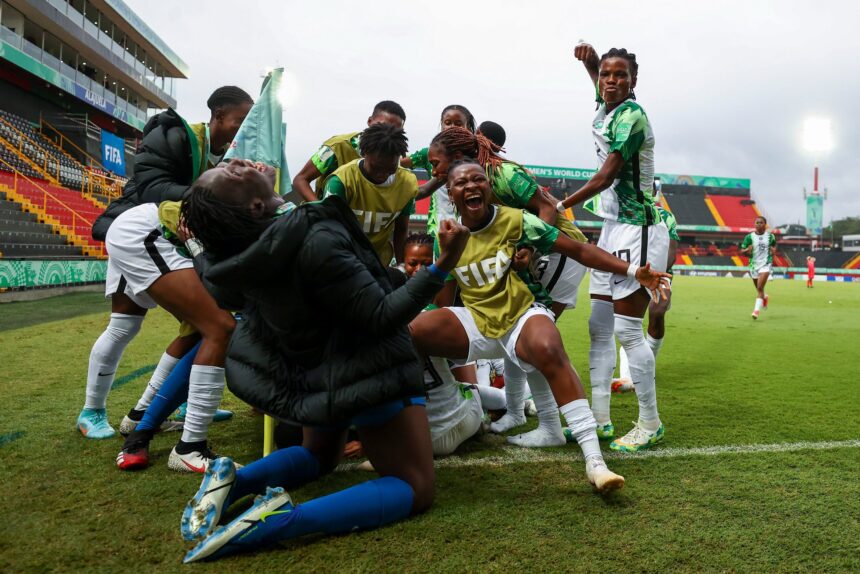 The Super Falconets defeat South Korea 1-0 on Sunday in the Group C football match at the 2022 FIFA U-20 Women’s World Cup in Costa Rica, okay.ng has learned.

Esther Onyenezide’s late strike gave the Falconets victory in their second match of the tournament.

The Falconets will face Canada in their final group match on Wednesday.

The match which was scheduled for 9 pm was shifted to 10.15 pm due to heavy rain.

The Falconets made their first attempt to score a goal in the third minute through Bashirat Amoo, who tried a long-range effort from a free kick but was calmly saved by South Korea keeper Kim Kyeong-Hee.

In the 22nd minute, the Koreans went on the attack again with Lee Soo-In hitting a long-range strike but the ball hit woodwork.

With four minutes left in the first half, Amoo made a long-range strike which went off target.

Five minutes into the second half, Onyenezide tried a long cross into the area on the back of a pouring attack but South Korea’s keeper rose high to claim the ball.

In the 82nd minute, the goal finally came thanks to a brilliant long-range strike from Onyenezide which flew past the Korean keeper into the back of the net.