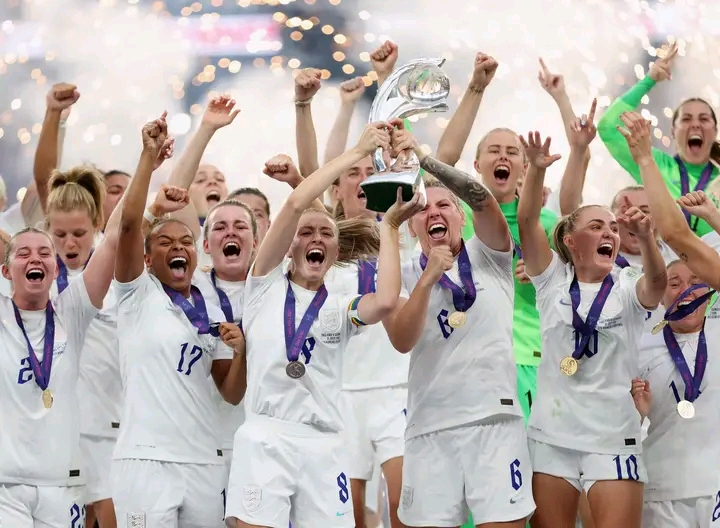 Okay.ng reports that this is the country’s first for men or women since the 1966 World Cup.

Chloe Kelly was on the mark when she scored an extra-time winner in the 110th minute to hand the Lionesses a 2-1 win against Germany in the women’s European Championship final.

Toone had scored in the 62nd minute before Germany’s Magull equalised in the 79th minute.

The record-breaking match at Wembley Stadium, England, had 87,192 fans in attendance; the all-time most-attended match at either a men’s or women’s Euro final tournament.