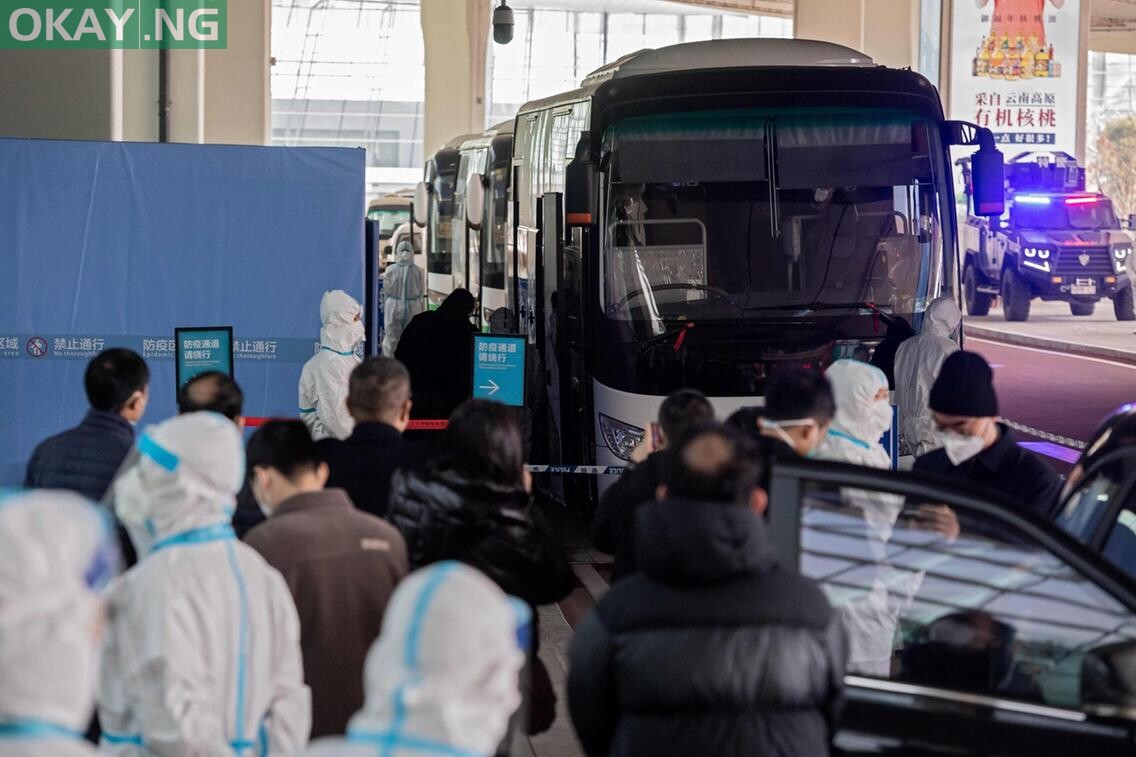 A team of experts from the World Health Organization arrived in Wuhan Thursday to probe the origins of the coronavirus more than a year after it emerged, as China reported its first death from Covid-19 in eight months.

The 10 scientists landed for their much-delayed mission, met by Chinese officials in hazmat suits and given throat swabs on arrival, and were whisked to a hotel where they must complete a two-week quarantine before starting their work.

The virus was first detected in the central Chinese city of Wuhan in late 2019 and has since billowed out across the world killing nearly two million people so far, infecting tens of millions and eviscerating the global economy.

The WHO says establishing the pathway of the virus from animals to humans is essential to preventing future outbreaks.

But despite painstaking months of negotiations over their remit, the team was blocked from arriving last week — a sign of the political sensitivity of a virus origin story muddied by recrimination between nations, conjecture and denials.

The trip comes as China moves to snuff out fresh clusters of the virus.

More than 20 million people are under lockdown in the north of China and one province has declared an emergency.

China had largely brought the pandemic under control through strict lockdowns and mass testing, hailing its economic rebound as an indication of strong leadership by the Communist authorities.

But another 138 infections were reported by the National Health Commission on Thursday — the highest single-day tally since March last year.

Clusters are still small compared with many countries contending with rampant infections and record numbers of deaths.

But the first Chinese virus fatality in several months — a woman with underlying conditions in northern Hebei province — seeded alarm across China.

“I haven’t seen the words ‘virus death’ in so long, it’s a bit shocking! I hope the epidemic can pass soon,” one user wrote.

The last death reported in mainland China was in May last year, with the official death toll now standing at 4,635.

Beijing is anxious to stamp out local clusters ahead of next month’s Lunar New Year festival when hundreds of millions of people will be on the move across the country.

As infections have spread, northeastern Heilongjiang declared an “emergency state” on Wednesday, telling its 37.5 million residents not to leave the province unless absolutely necessary.

– WHO arrival –
China is braced for the scrutiny the expert team of WHO scientists will bring to its virus narrative.

Beijing has drip-fed the idea that the pandemic started outside of its borders, preferring to focus on its relatively swift control of the public health crisis.

The WHO have been at pains to cut the political baggage attached to their mission.

“And then after the two weeks, we would be able to move around and meet our Chinese counterparts in person and go to the different sites that we will want to visit,” he said.

He warned it “could be a very long journey before we get a full understanding of what happened”.

Beijing has argued that although Wuhan is where the first cluster of cases was detected, it is not necessarily where the virus originated.

“I don’t think we will have clear answers after this initial mission, but we will be on the way,” Embarek added.

“The idea is to advance a number of studies that were already designed and decided upon some months ago to get us a better understanding of what happened,” he said.