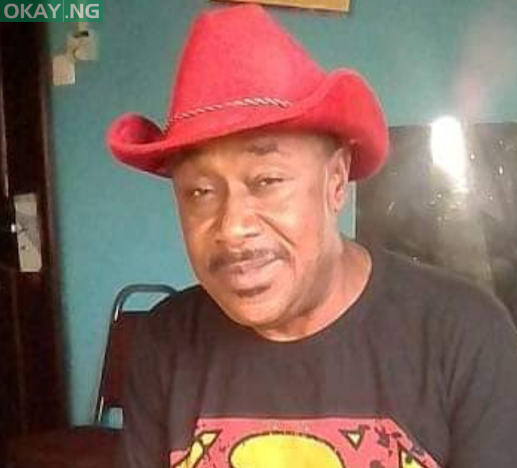 Okay.ng gathered that the veteran actor died on Tuesday, August 10, after battling with illness for months.

His death was announced by his friend, EmstarVee, via Facebook.

A video of Oganiru had last two weeks lying on his sickbed and begging for financial assistance was shared online.