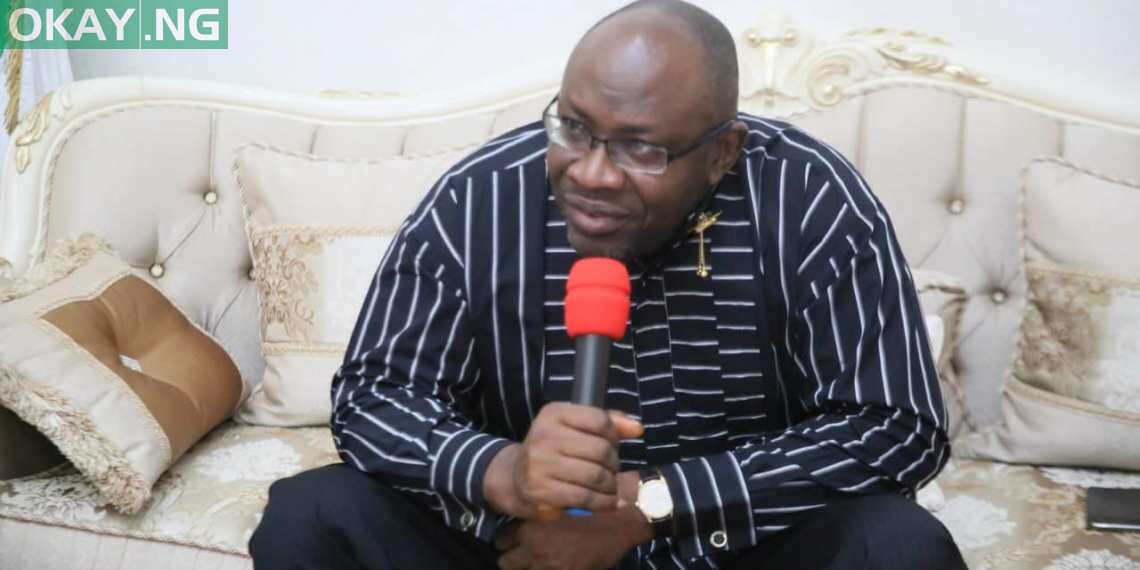 Former Governor Seriake Dickson of Bayelsa State is being grilled by the Economic and Financial Crimes Commission (EFCC) over alleged diversion of N17.5billion ecological funds and assets declaration breaches.

Dickson explained in a statement issued following media reports about his interrogation by the EFCC that he was invited about two weeks ago by the commission over a petition by a civil society group.

Dickson, however, expressed surprise that he was confronted with the case of alleged diversion of N17.5 billion ecological funds not contained in the EFCC invitation on Tuesday.

According to him, the commission accused him of funding his re-election in 2019 with the funds.

“However on getting to the commission, the investigating team came up with a new allegation of diversion of flood funds in 2012 totaling N17.5 billion. The petition further alleged that the money was used for my re-election in 2019. The fact is that there was no such donation about the 2012 flood in Bayelsa.

“Curiously, there was no mention of donor or where the money came from. There was also no re-election for governorship in Bayelsa in 2019 which are clear proofs that the petition was totally frivolous,” the statement by his spokesperson Fidelis Soriwei said.

Dickson said the alleged assets declaration issue relates to investments of his family trust, which he incorporated while being a member of the House of Representatives.

He said the family trust referred to as Seriake Dickson Trust was incorporated to hold his family assets and investments which were made between 1996 and 2012 before I became governor.

Dickson said he incorporated the family trust between 1996 and 2012 before becoming governor, adding that the investments were “funded by loans and advances and repaid from salaries, allowances, savings and others”.

He said he resigned from the trust administration since 2011 before he became governor.

Denying any wrongdoing, the ex-governor also said he had obtained a subsisting Federal High Court judgment “declaring that no Nigerian law is breached by a public officer who takes loans and other verifiable avenues to make investments for his family provided these are declared.”