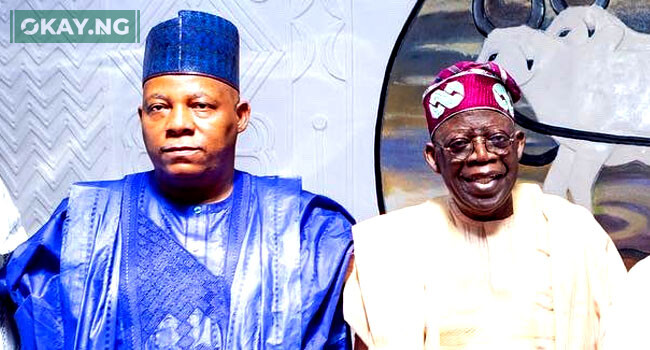 In a recent statement, Kashim Shettima, the Vice Presidential candidate of the All Progressives Congress (APC), has called the fixation on the age and health of Bola Tinubu, the party’s standard bearer, “mischievous.”

Shettima made these remarks on Monday night at a banquet held in honor of President Muhammadu Buhari, who was in Lagos for a two-day visit.

There have been recent concerns about Tinubu’s age, identity, and health status.

Shettima, the former governor of Borno, emphasized that he and Tinubu were not preparing for the Olympics but for governance that “thrives on superior ideas.”

“We are not urging Nigerians to turn down critical assessments of their leaders but we direct them to look at the larger picture, we are not preparing for the Olympics but an institution that thrives on the superiority of ideas and established track records,” Shettima said.

He also praised Tinubu for his willingness to sacrifice his personal comfort for the good of the nation.

Shettima cited instances of Tinubu’s support for democracy and his role in providing a sanctuary and platform for other political figures, including Atiku Abubakar and Mallam Nuhu Ribadu, to contest for the presidency.

“Those of us from the north owe him a depth of gratitude for supporting our leader, President Muhammadu Buhari, in 2015 and 2019,” Shettima said.