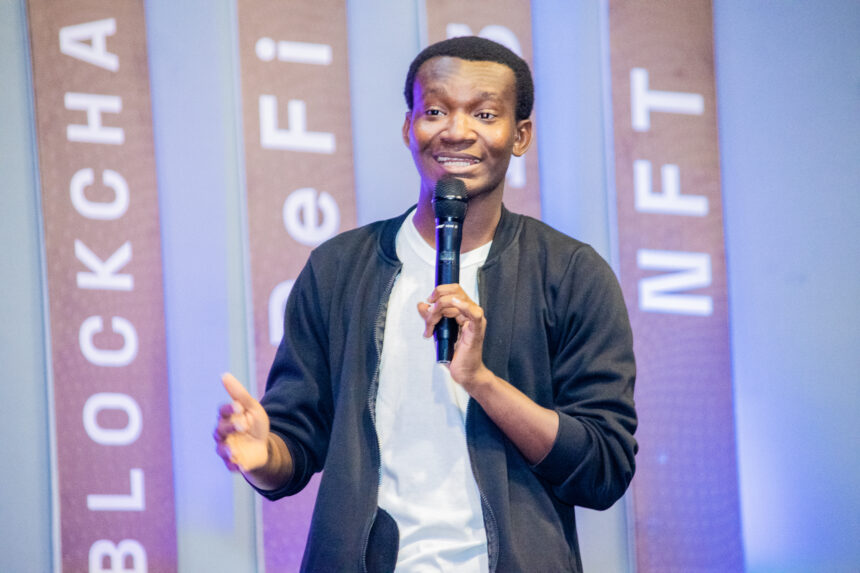 The second edition of Technext Coinference, the largest blockchain gathering in Africa, was held on Monday, October 3rd at the Landmark Event Center in Victoria Island, Lagos.

Themed Blockchain and DeFi: Beyond the Hype, the scope of the conversation at the well-attended event covered the possibilities of Blockchain, Crypto, Web3 and the DeFi for Africa. A total of 2,153 persons were physically in attendance, while 576 joined the event virtually.

Delivering his opening remarks, the Co-founder/Content Chief of Technext, David Afolayan spoke about the importance of the event and the need for engaging conversations on the emerging technologies in the cryptocurrency space and why Africa shouldn’t be left behind in the race.

The CEO of Patricia, Hanu Fejiro set the tone of the event with the first keynote address titled, Blockchain for Africa: Decentralised economies, merged future.

Hanu, one of the biggest figures in Africa’s crypto space, harped on how Web3 will change the game on the continent and create limitless opportunities for Africans regardless of their social or economic status.

What followed immediately were the four breakout sessions held simultaneously. The first session was DeFi & the future of finance in Africa and the speakers included Buki Ogunsakin of BBO Solicitors and Sandi Bitenc, Chief Executive Officer, 3air. The duo explored the concept of Decentralised Finance (DeFi) and its impact on businesses in Africa.

The second session, Building a career in Blockchain featured panellists such as Deji Awosika, Founder, Web3 Bridge; Famous Ehichioya, CTO, Youverify; Seun Lanlege. Founder and Polytope Labs, Lagos, Nigeria. The speakers gave clear and practicable steps to starting and developing a career in the blockchain ecosystem with an emphasis on use-case experiences from across the ecosystem. The session was moderated by Eberechukwu Etike, Journalist, Technext.

The panellists explored the concept of Web3 and possibilities for the future and also prescribed how participants can position themselves for future leverage. The session was moderated by Oluwadamilare Akinpelu, Communications Manager at Technext.

The final panel session, Making money from NFTs, focused on the concept of NFTs using relatable examples and the panellists described the possibilities for the future for NFTs as well as how participants can position themselves for future leverage.

Upon completion of the breakout sessions, what followed was the Celebrity Spotlight moderated by Anderson Ozakpo, Chief Business Officer at Technext. Popular Nollywood actor, Akah Nnani spoke about his journey into the world of NFTs and the path to profitability in the crypto space.

As the event neared its end, the second keynote address, DeFi in Africa – Possibilities beyond the Hype, was delivered by Emmanuel Babalola, CEO of Bundle Africa.

Babalola noted that despite the seeming potential of DeFi, it cannot displace the traditional finance system, against the widely held belief that the technology will eliminate banks from society. He added that Africa must embrace DeFi going forward.

“Back then, we wanted to replace the existing [financial] system. But over time, we have come to realise that in the ideal world, many of the existing systems would have to evolve. When Satoshi created Bitcoin, It was meant to be an alternative, and not a replacement,” he said.

The session was moderated by Temitope Akintade, Journalist, Technext. The key conversation centered on the issues around crypto adoption in Africa as well the challenges and what stakeholders.