The President of the Senate, Dr. Abubakar Bukola Saraki, on Thursday congratulated the newly-elected President of the Confederation of African Football (CAF), Ahmad Ahmad on his victory at the polls. 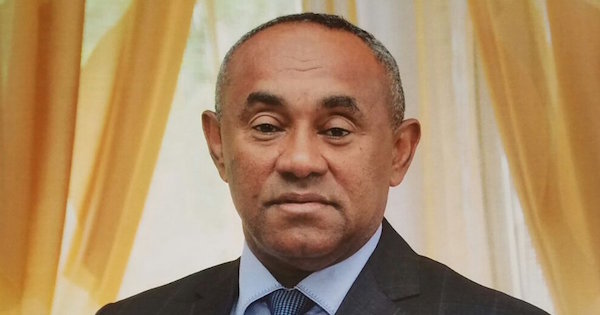 President of the Confederation of African Football (CAF), Ahmad Ahmad

Saraki, in a statement signed by his Special Adviser on Media and Publicity, Yusuph Olaniyonu, in Abuja, described Ahmad as a consummate technocrat, who can help to usher in a new era of innovation and positive change into the affairs of CAF.

He commended the outgoing President of CAF, Issa Hayatou, for his services and immense contribution to the development of football in Africa in his 29-year headship of the body.

“Ahmad’s victory is a testament to his message and determination to positively alter the 29-year status quo in CAF,” Saraki said, “Hayatou has served the organization well, now, we look forward to the new leadership to usher in a new era of change and effectiveness to raise the standard of African football across all levels.”

Saraki also urged all Football Associations (FA) across the continent to rally round the new CAF President to enable him deliver on his electioneering promises, for the good of African football.

“This is a new beginning and we cannot afford to make the mistakes of the past. African football has been yearning for a new direction and now that this opportunity to inject fresh blood into the management of the continental body has been realized, it is time for all stakeholders to roll up their sleeves and support the new executive to extend the frontiers and fortunes of African Football at the global level,” Saraki said.